Justin Mason has a coolio (when did I turn into Marc Canter?) cliché bookmarklet.

A Christmas message from the head of Iran. Scary? nawwww.

Some Fianna Fail councillor wants a DNA database because of the UK serial killer. Can we have civil partnerships too then since you want to copy the UK? And a Queen?

Been reading a lot about Apple and Steve Jobs lately. This is their famous 1984 ad:

How to get rid of unwanted presents:

The Wii on a cinema screen. Now if only I knew someone married to a manager of a cinema…

Well that was a hoot. I can’t even get my password reset on the god-forsaken Twitter. I removed the Twitter status widget on my blog too. I signed up to twitter so I could make quick status reports that would reach my blog and I couldn’t even do that as it didn’t verify my mobile. I certainly didn’t want to send sms spam to friends or get spam about what they were up to. I’m sure I’ll have egg on my face when Twitter has their IPO or whores themselves to Google for hundreds of millions.

In the mean time, can anyone recommend an alternative to this? Or do I have to go and get a mobile and create an interface between it and my computer and run some software that pulls off SMSs and loads them on to my site for the public to read? I’d rather not do that, being a non-techy and without patience for these things. Ideally and without using email, I’d love to be able to send text messages and multimedia messages to my blog. Can anyone suggest a cheap method to do that in Ireland?

I think I should reg Twatter.org to allow people to express their dislike of twitter.

Currently it is 1900 on Dec 24th 2006 and there is only one item when you search for the keyword “unwanted” on ebay.ie and select “Ireland Only” from the search box. RSS link for those wanting to monitor it over a few days.

12 minutes long. I feel like I know this song for years. Her voice is like a female Devendra Bernhardt. I discovered her music yesterday after seeing the name all over music blogs for a while. Like Final Fantasy and Beirut, I instantly knew I loved her music and am greatly annoyed I won’t be able to see her play along with the London Symphony Orchestra in January. Said the Gramophone has “Emily” available for download.

Here’s a video of her performing the song live. (Split into two parts for some reason):

The meadowlark and the chim-choo-ree and the sparrow
set to the sky in a flying spree, for the sport over the pharaoh
a little while later the Pharisees dragged comb through the meadow
do you remember what they called up to you and me, in our window?

there is a rusty light on the pines tonight
sun pouring wine, lord, or marrow
down into the bones of the birches
and the spires of the churches
jutting out from the shadows
the yoke, and the axe, and the old smokestacks and the bale and the barrow
and everything sloped like it was dragged from a rope
in the mouth of the south below

we’ve seen those mountains kneeling, felten and grey
we thought our very hearts would up and melt away
from that snow in the nighttime
just going
and going
and the stirring of wind chimes
in the morning
in the morning
helps me find my way back in
from the place where I have been

and, Emily – I saw you last night by the river
I dreamed you were skipping little stones across the surface of the water
frowning at the angle where they were lost, and slipped under forever,
in a mud-cloud, mica-spangled, like the sky’d been breathing on a mirror

anyhow – I sat by your side, by the water
you taught me the names of the stars overhead that I wrote down in my ledger
tho all I knew of the rote universe were those pleiades loosed in december
I promised you Iâ€˜d set them to verse so I’d always remember

you came and lay a cold compress upon the mess I’m in
threw the window wide and cried; Amen! Amen! Amen!
the whole world – stopped – to hear you hollering
you looked down and saw now what was happening

say, say, say in the lee of the bay; don’t be bothered
leave your troubles here where the tugboats shear the water from the water
(flanked by furrows, curling back, like a match held up to a newspaper)
Emily, they’ll follow your lead by the letter
and I make this claim, and I’m not ashamed to say I know you better
what they’ve seen is just a beam of your sun that banishes winter

let us go! though we know it’s a hopeless endeavor
the ties that bind, they are barbed and spined and hold us close forever
though there is nothing would help me come to grips with a sky that is gaping and yawning
there is a song I woke with on my lips as you sailed your great ship towards the morning

come on home, the poppies are all grown knee-deep by now
blossoms all have fallen, and the pollen ruins the plow
peonies nod in the breeze and while they wetly bow, with
hydrocephalitic listlessness ants mop up-a their brow

and everything with wings is restless, aimless, drunk and dour
the butterflies and birds collide at hot, ungodly hours
and my clay-colored motherlessness rangily reclines
– come on home, now! all my bones are dolorous with vines

Pa pointed out to me, for the hundredth time tonight
the way the ladle leads to a dirt-red bullet of light
squint skyward and listen –
loving him, we move within his borders:
just asterisms in the stars’ set order

we could stand for a century
starin’
with our heads cocked
in the broad daylight at this thing
joy
landlocked
in bodies that don’t keep
dumbstruck with the sweetness of being
till we don’t be
told; take this
eat this

told; the meteorite is the source of the light
and the meteor’s just what we see
and the meteoroid is a stone that’s devoid of the fire that propelled it to thee 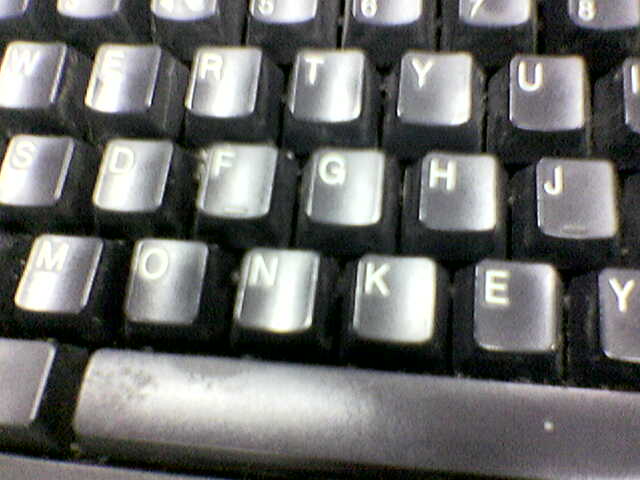