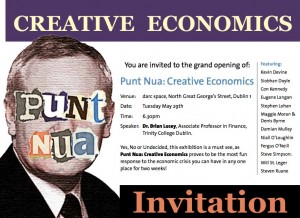 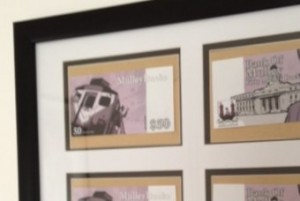 IRISSCERT are running a campaign aimed at teenagers and young adults in getting them to use secure passwords when online. They’re giving away 20,000 free toothbrushes with the message “treat your password like you would your toothbrush – Use it often, change it regularly and never share it with anyone”. See the campaign page on Facebook.

If it can be measured, measure it, but use it well. Restaurants copping on to big data. And medium data.

Twitter gives away Obama’s location! Hand wringing about security. Think terrorists in Afghanistan rely on Twitter to give them local info?

Another day, another Apple post but it also shows the depth to the company. More insights for any business about how to inch into a market before taking over a lot of it.

Trust in advertising, thanks Pat.

Zynga making ther money back quickly with Draw Something, even if usage is plummeting.

Via New Aesthetic (RIP) is the Descriptive Camera. You take a picture and it is turned into a textual description thanks to Amazon Turk.

Posted in Fluffy, irishblogs | Comments Off on Fluffy Links – Wednesday May 9th 2012

via Richie Egan – Music documentary about DIY Music in Ireland

Posted in irishblogs, music | Comments Off on A Joyful Slog

I recently asked Enterprise Ireland and the IDA about their financial and otherwise involvement with the F.ounders and Dublin Web Summit events in the past few years. F.ounders brings all the tech boys to the yard and they’re like: it’s better than (London, Berlin, elsewhere). Davos for geeks is right.

I really like the idea of F.ounders, bringing a buzz to Ireland and hopefully getting some of those tech boys setting up shop. It’s a juggernaut of tech meetings. It’s a private affair though. Dublin Web Summit then commercialises this very well by introducing the F.ounders types to the public. Is it value for money? F.ounders, I think is. Getting some of the most brilliant people in tech together in Dublin for any event is worth a lot. What happens though when these leads are generated and delivered? Who converts them?

So what did EI and IDA give to the F.ounders and Dublin Web Summit events over the past while?

EI’s Cloud sub-event
However they also gave money towards Enterprise Ireland’s “Beyond the Cloud” event as part of Dublin Web Summit 2011.

Further to your recent query, in 2010 IDA sponsored the F.Ounders part of the event to the amount of €30,000 following an approach by Paddy Cosgrave.

IDA sponsored the F.Ounders event again in 2011 as part of the Ireland team overall sponsorship package. IDA invested €60,000 in the event in 2011. In addition, IDA contributed €10,000 towards the running of the Beyond the Cloud event at the Dublin Web Summit in 2011, in conjunction with EI and SFI.

IDA Ireland can confirm that at no time was it asked by the Department of An Taoiseach or any other Government Department to support these events.

Dear Damien,
In response to your recent FOI request, I have gathered the following information.

Enterprise Ireland provided €10,000 in sponsorship for the Founders event in 2010 following an approach by Paddy Cosgrave.

Enterprise Ireland decided to sponsor the event as it represented an unprecedented opportunity for positive global publicity for Ireland as a top business location.

In 2012, Enterprise Ireland, through its London office, provided £10,000 (Sterling) of sponsorship for the London Web Summit.

Enterprise Ireland can confirm that at no time was it asked by the Department of an Taoiseach or any other Government Department to support these events.

I trust this covers your information requirements,