“I have a right to my anger, and I don’t want anybody telling me I shouldn’t be, that it’s not nice to be, and that something’s wrong with me because I get angry.” – Maxine Waters, in Brian Lanker, I Dream a World, 1989

Posted in Uncategorized | Comments Off on Anger Management

The Man Who Couldn’t Cry

There once was a man who just couldn’t cry

For instance could not produce tears

As a child he had cried as all children will

Then at some point his tear ducts ran dry

He grew to be a man, the feces hit the fan

Things got bad, but he couldn’t cry

His dog was run over, his wife up and left him

And after that he got sacked from his job

Lost his arm in the war, was laughed at by a whore

Ah, but sill not a sniffle or sob

His novel was refused, his movie was panned

And his big Broadway show was a flop

He got sent off to jail; you guessed it, no bail

Oh, but still not a dribble or drop

In jail he was beaten, bullied and buggered

And made to make license plates

Water and bread was all he was fed

But not once did a tear stain his face

Doctors were called in, scientists, too

Theologians were last and practically least

They all agreed sure enough; this was sure no cream puff

But in fact an insensitive beast

He was removed from jail and placed in a place

For the insensitive and the insane

He played lots of chess and made lots of friends

And he wept every time it would rain

On the forty-first day, he passed away

He just dehydrated and died

Well, he went up to heaven, located his dog

Not only that, but he rejoined his arm

Down below, all the critics, they loot it all back

Cancer robbed the whore of her charm

His ex-wife died of stretch marks, his ex-employer went broke

The theologians were finally found out

Right down to the ground, that old jail house burned down

Posted in Uncategorized | Comments Off on Sweden

Switchproxy is a handy application for firefox and mozilla that allows you to easily switch between proxies so you can be anonymous online.

The Long Tail, really cool article that’s soon to be a book. Blurb: ” Editor-in-Chief of Wired, CHRIS ANDERSON says that the future belongs to those that serve the millions of untapped niche markets as well as they serve the masses. Read his manifesto to find out how unlimited shelf space and personalization can revolutionize your business.” The Long Tail Website.

House of Cards – Got this on dvd. “You may think that, I couldn’t possibly comment.” I watched this on TV before and loved it. Now mine on dvd.

Posted in Uncategorized | Comments Off on Sheer Anonymous Surfing Pleasure

Take some RFID chips, stick em in birdseed, feed them to pigeons and track the pigeons with CCTV cameras, allowing you to see the world like a pigeon. Interesting idea.

Blurb: “The experience is essentially about being connected to the bird, the way it experiences the common living circles. Hence acquiring the data, the images and videos directly from the net would be utterly different experience, lacking the physical connection to one’s environment and its inhabitants.”

Posted in Uncategorized | Comments Off on Urban Eyes

The first thing I remember knowing,
Was a lonesome whistle blowing,
And a young un’s dream of growing up to ride;
On a freight train leaving town,
Not knowing where I’m bound,
No-one could change my mind but Mama tried.
One and only rebel child,
From a family, meek and mild:
My Mama seemed to know what lay in store.
Despite all my Sunday learning,
Towards the bad, I kept on turning.
‘Til Mama couldn’t hold me anymore.

Dear old Daddy, rest his soul,
Left my Mom a heavy load;
She tried so very hard to fill his shoes.
Working hours without rest,
Wanted me to have the best.
She tried to raise me right but I refused.

Posted in Uncategorized | Comments Off on Mama Tried 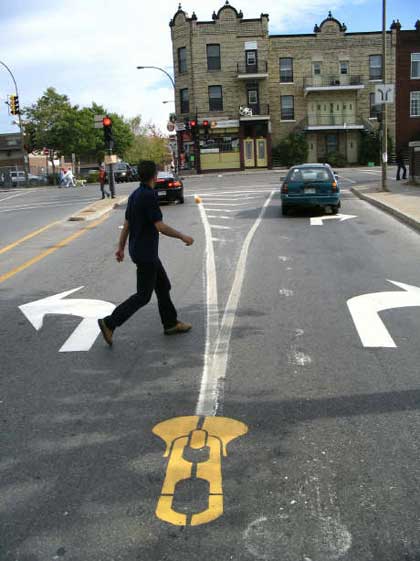 This road graffiti is really sweet.

Posted in Uncategorized | Comments Off on Road Graffiti

Posted in Uncategorized | Comments Off on Blackboard Jungle

I’m still about. Just no time to post stuff. *yawn*

Posted in Uncategorized | Comments Off on yeah still here