I have about six blog posts in draft ready to write over Christmas. More long-winded meandering shite is on the way, guaranteed.

Trocaire asked me to mention their Christmas gifts campaign, see their Facebook here.

Showing how the solar lights are being used in Uganda:

Hanna, maybe what Kickass could have been?

Flahavan’s is looking for funny morning photographs for its ‘Stir Up a Smile’ Facebook competition.

Fisticup. A cup that helps people with weak grips but also looks like a knuckleduster.

Got asked to pimp Eric McGrath’s music. So I have,

Some solid ideas on PR/Marketing trends for 2011.

Facebook and how it operates, from a psychology perspective.

Looking for new Irish business social media case studies for my presentations. Want to feature? Fill in this form.

Adrian Weckler goes over some great biz apps for the iPad. My fav apps are Osfoora and oPlayer though.

Via Ben. A website that shows you how high the Thames is in a visual manner. Leave the site open and you can see the rise and falls. From the same guy that allowed you to print a book of all your tweets and other insanely clever ideas.

Put your tweets on a tea towel.

Via Jim Carroll – The Unthanks

Reachout have done an anti-bullying video. They have not called it a viral. Thank feck.
BullyOS

I give a lot of presentations on online marketing/comms/social media each month. If you want your company as a case study to be used in my presentation, fill in this online form. Note, the form will be made public so everyone can avail of good case studies.

Measure It! January 5th or 12th, you decide.

Remember that online retailer list I put together? Now standing at 82 listings of people selling goods online in Ireland, some have special discounts. As a retailer, you add yourself here. It goes live right away.

Some videos from the launch of Wicklow TV.

Was in Malaga the other there where I had a good laugh with Mr. Adair from NI Travel News.

At the Janelle Monae gig the other night, where she painted and sang, some clever kid got a video:

DCU Ryan Academy for Entrepreneurship has opened the application form for their 1Million investment fund. Up to 24 early stage technology startup companies can avail.

Colm Tobín on the IMF coming to town.

Bobby Sands was a long distance runner as a teenager. During his time in the infamous Maze prison in Belfast, Sands wrote articles and essays on endurance and running. His essay, ‘The Loneliness of a Long Distance Cripple’, is the inspiration for Welsh choreographer Eddie Ladd’s extraordinary show The Bobby Sands Memorial Race.

Go Google. They bring out a plugin that allows you via Word and Excel to live sync with Google Docs. And it supports more versions than Microsoft’s online offering!

The Pipe, the documentary about the Corrib Gas project, will be released at the Irish Film Institute with a gala screening + Q&A on Thursday December 2nd at 6pm

Roy Harper – When An Old Cricketer Leaves The Crease

Another Foodfight.ie competition, this one with Doodle bread.

An IGNITE Information Evening which will include talks on Wealth Creation and Idea Generation will take place on Wednesday, November 24th, 2010 at 6pm. To register for this free seminar email ignite@ucc.ie

Researchers throughout Ireland are invited to the 6th Annual Scientific Workshop of the National Access Programme (NAP) which takes place at Tyndall National Institute in Cork on Wednesday 26th January 2011.

Loving this Cake Stands made from old plates.

Preventing suicides by projecting an ad on to the river under a bridge.

Digable Planets – Where I’m From

Not my idea, so after some banter on twitter a website gets created that lets people know Is Mulley On a train? I think it’s genius. I would though.

I’m compiling a list of Irish Online Retailers to get Christmas gifts from this year. Are you one? Add yourself here. To see the list so far have a look here.

And on that: Do Irish websites make money?

Now this is a nice patriotic ad for Ireland. I thought it was by the IDA to start with, it should be:

And yes, I agree. Being There is a fantastic movie.

City Tickets. Take pay and display machines and allow them to be used to log issues with your City Council.

Hidden Cameras – Boys of Melody – A Take Away Show. Walking down by a river while performing this. Lovely.

Two competitions over on Foodfight:
Win a voucher from James Whelan Butchers.
Win tickets to the Food and Wine Magazine Christmas show.

When first I heard you could talk to smoking doctors online, I thought it was something different to the Quit Smoking clinic….

An Post Mobile App lets users, track and trace that letter or parcel, find the nearest post office and calculate postage for everything from a postcard to a parcel all from their iPhone, iPad or iTouch.

Fantastic. A marketing ROI calculator. Web based and free!

The 2010 Boards Photo Book is being launched on November 20th. As usual, all money goes to charity.

The third series of Dragon’s Den has a closing date 28th of November for those that want to submit their idea. Ah g’wan.

Check out this massive waste of money. Grants given to iPhone app creation for the Arts. Clones of existing ideas. A funding system that already exists and a hologram about Irish coffee for only 180k.

Freshmilk clothing from Cork has made a range of tees in support of Movember. 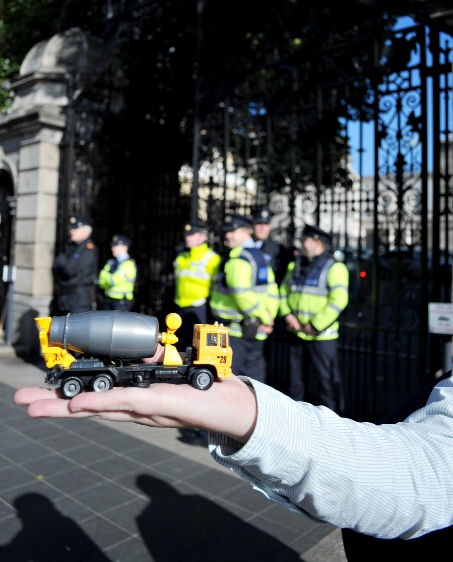