Congrats to the Internet’s Ben McRedmond on his Picomarks social bookmarks service.

Joe Ryan from Labour has a neat but depressing feature on his blog. It shows the increase in youth unemployment in Wexford. 700 in April to 1200 this month.

I only saw this now (hey I was busy dynamiting Building 7) but this is a lovely post from Lottie.

Lee Munroe is running a marathon for a kids’ charity. He has a sponsor site up.

New blog: Not Ruairi is a naive young man in Dublin. He sits in a room recording music all day, occasionally channelling the spirit of Cary Grant.

HB now have a fun Facebook Page. Brilliant videos from a bygone era on TV. Zig and Zag pre-Dustin with Ray D’Arcy with a fine head of black hair.

Adam Douglas now has a campaign site. Congrats. Just in time for the Green Party Conference.

Eolai’s paintings are still for sale at a discounted rate.

Michael O’Leary rocks. At times. Other times, no.

How to find hope in the recession.

Possibility 2009 is a joint initiative of both South Cork and Cork City Enterprise Boards. For further information and online booking please visit www.sceb.ie/online-booking. This seminar is highly subsidized at €30 per participant

In April Johnnie Moore and Kay Scorah will run a workshop called a “A Day of Noticing“. Was at an adhoc workshop over lunchtime Johnnie did in the Guardian Offices a while back where we were throwing imaginary balls at each other that made odd sounds. It was fun and refreshing.

Luke Leslie made a wee video with Prodigy Music:

Posted in irishblogs, music | Comments Off on Look at the National Debt clock go!

Why has there been silence from the representative group of Irish ISPs? The ISPAI has yet to say a thing about the eircom/IRMA deal. Does this mean they are not against it? Others have been very vocal about this horrible deal. Silence does nothing. Silence in times of adversity is bad. Speak up and speak out ISPAI, you are quick enough to ring the bells when it comes to the Data Retention laws and get coverage from your friends in the Irish Times. Posted in irishblogs, music | Comments Off on Too Fake

Even pay machines are at the Obama Lark 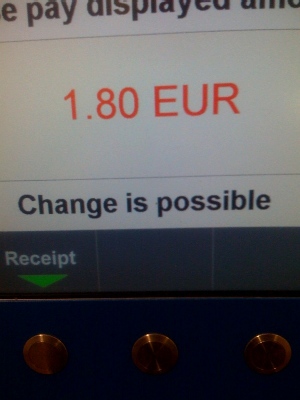 Lauren has a very comprehensive list of Social Media Measurement tools. Free ones!

The Next Big Thing is being live-streamed today between 5pm-7:30pm. The event features a keynote presentation from the former Chief Architect of Twitter, Blaine Cook.

Yay, the Mardyke has a new skate park.

Real politics online. Once again Ciarán Cuffe shows how to do it. He blogs, Twitters and replies to comments on his blog.

So a report about Digital Britain was released. Then some clever person put a Wiki together for a publicly created better version.

They called the plane Gaza and it flies over Texas a lot. Hah.

Via Kottke, great vid of what it looks like to be a piece of sushi on a platter on a sushi conveyor.

Sorry, it got into my head, now yours:

Want to exhibit your art outdoors in the good months in Dublin? Clicky.

U2 and their new album are just another nail in the coffin of the old record industry.

Nice post from 1169 about Fine Gael making charity cases out of basic rights.

I totally agree with Battelle, Twitter results are showing up all over Google of late, they’re going to have to buy for that alone, just like they bought YouTube.

New car graveyards, if you will.

Oh my, what was she thinking with that dress?

Jim already did his review of the Hockey and Passion Pit concert, I think Hockey were much better live, I’d buy their album alone from that gig, not so much Passion Pit. Made in Hollywood’s caption competition closes soon. Blog your pic from the Blog Awards with the speech bubble, link to this post and include you caption. Best caption wins a voucher to a restaurant of your choice.

New blog: Blog from the Bog. Life and Lifelists on the West Coast of Ireland.

Pix.ie are having a photo competition for St. Patrick’s Day and a party!

Get all Your Ducks in a Row. New e-book.

Portishead asking the public to come up with a new business model for them?

Using crowdsourcing as a form of border patrol.

This is mad. Naples mafia threatens life of the guy that did a film about their corruption. But they’ll happily pirate the movie.

Blowing up a lake: