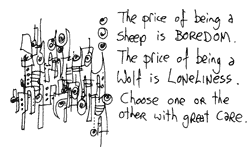 I’d like to see the commentary from the Minister for Communications and the Irish Domain Registry on this and I’d also like to see the legality of a hardcore website operating out of Ireland and using the respected .ie doman space to do it. (Third safest domain space in the world according to SiteAdvisor, don’t ya know)

So a question to the bright legal eagles online, is this an obscene publication?

Blogger meetup at Electric Picnic – Who’s on for it?

Sinead and Annie have decided I’m to organise a blogger get together at Electric Picnic. Ok. So who’s up for it? Perhaps we should decide in the comments what time to meet and where. Sinead being lovvvvvved by PR people will naturally arrange free booze for us and Annie will design the logo for the t-shirts. There’s also a Facebook group for those that want to meet as well.

I was considering going to BarCamp Galway on September 22nd but looking at the talks, of which there only seem to be 8 now and looking at the attendees it seems to have turned into the cliquey event I suggested it might after attending BarCamp Waterford. Most of the people going I seem to know already via blogs and Twitter. I don’t know can I be arsed spending hours in a car each way to see people I see in a virtual form on a daily basis anyway. Were I to go right now I’d honestly only be going to give support to John who has himself traveled all around the county many times to give his support to so many events and is without doubt one of the nicest people I’ve ever met.

As I said back then and I still stand by it now:

I fear the event is becoming far too cliquey. Yes, Iâ€™m sick of all your fucking faces after only two. I would like to suggest that next time, if you have been to a barcamp before you *have* to bring someone that hasnâ€™t been to one but who youâ€™d think would find benefit from one. I also think that preference should be given to those who havenâ€™t presented before.

So folks, we need to bring along people who have not been before and we need to get an excess of speakers to talk about interesting stuff.

I was thinking of giving one of two talks, one would be on how to get press attention for your idea/company/campaign and give all the tips and tricks I’ve learned along the way. The other talk would be a version of the blog post I wrote on making things social. Call me precious but were I to do a talk, I’d want new people in the audience interspersed with your faces too but not a lot, you already know what I will say if you read this blog on a regular enough basis. Get me 30+ new faces and I’ll give a talk but I also want to attend interesting talks.

There are plenty of companies in Ireland who have 100s of talented people between them that can inspire and wow us with their ideas and thoughts, no matter how off-the-wall they are. Their employers whould be encouraging their creativity and let them loose on the public. These people alone could fill two Barcamps.

As for speakers, who would I like to see?

I’d also like to see interesting unconference discussions on things such as “How tech can rig an election”, a legal discussion called “Getting away with murder in the modern surveillance society” and something like “Google passed me in the NCT”.

We’re a month out from BarCamp Galway, it would be nice to see another 20 or so speakers added before then a whole herd of new faces too. I’m not sure can BarCamps be sustained much longer if they do not start reaching out to more and more people, an evening in the pub would be as useful.

And lastly a note to Google who are saving 100s of Millions in Ireland with their tax dodging: SPONSOR A FUCKING TECH EVENT IN IRELAND YOU TIGHT BASTARDS*

*An event which YOU have not designed to be a pure recruitment event for yourselves.

Get a new track from Radiohead’s 2008 album.

Domain squatting in the .ie namespace. Good post by Michele. Mr. Domains himself.

Have girls moan out your IP address. You may need headphones and to turn the monitor in.

Oh my, this seems to be a valid mockup of the next Nano. I hope it doesn’t look so clunky. It looks, well, fat and not ph phat. Flubbery fat.

Oh look. Facebook is going to start doing highly targeted ads based on profile data. Out Googling Google. Where did we hear this before?

And now some good Irish bands. Check out Sickboy. Their song The Atune is fantastic and getting lots of airtime on the best station in Ireland – Phantom.

Next check out Betamax Format. Their song “You are welcome in my house” is equally fantastic. Crank the volume up to 11. It’s one more than 10.

And then we have So Cow. I like the tune “Moon Geun Young”.

Course if you want to really get some good tips on Irish bands, head over to Nialler9 and Una.

The Sisters of Mercy – Temple of Love:

A friend passed this on to me. His fiancée answered this ad last week that was on Page 10 of the Money and Jobs section of the Irish Examiner. She realised the ad was a scam once she got back a fishy email:

When she emailed asking for more details she got back this email asking for her bank details. She traced the email to an Israeli ISP:

Here’s the business bit of the email:

Unfortunately we are unable to open Bank Accounts in Ireland without first registering the company name. Secondly we cannot cash these payments from the Ireland soon enough, as international Cheques take about 15-20 working days for cash to be made available.We lose about 75,000 pounds of net income each month because we have money transfer delays.Your task is to coordinate payments from customers and help us with the payment process.You are not involved in any sales or marketing.Once orders are received and sorted we deliver the product to a customer (usually through FEDEX).The customer receives and checks the products.

After this has been done the customer has to pay for the products.About 90 percent of our customers prefer to pay through Certified Cheque and some of our customers like to pay via direct transfer into Credit Card which is most secure and fast unlike cheques. So We decided to open this new job position for solving this problem.Your tasks are:

1. Receive payment from Customers.
2. Cash Payments at your Bank (Upon my instruction).
3. Deduct 300 pounds which will be your commission/pay on each Payment

4. Forward balance after deduction of commission/pay to any of the offices you will be contacted to send payment to.(Payment is to forwarded either by MoneyGram or Western Union Money Transfer Preferably).

But the problem we have is trust, But we have our way of getting anyone that gets away with our money, I mean the IRS and Secret Service branch inWashington gets involve. Our payments will be issued out in your name and you can have them cashed at your bank or other Cashing Services.Deduct your commission and forward thebalance to the company . If you are interested, N: B, Please send to me the

#Your age,#Occupation and as well your

#marital status, and your gender,

#Your Bank name Only (only your bank name and nothing else).

Thanks for your anticipated action and we hope to hear back from you. very respectfully.

Someone put this on DIGG. Go here to DIGG it, thanks.

UPDATE: Ad has also appeared in the Donegal News.