In case you missed it, television died yesterday

Off to Dublin in the morning. Will be meeting some journos and then on to meet with the Digital Rights Ireland group about our little talk at TechCamp Ireland.

So, a few extra posts tonight and some thoughts.

Ok, in case you missed it, television died yesterday. Without exaggeration the iPod video is going to free people from rushing to their TV to watch an episode of tv, now you can record it and take it with you wherever you go. Bring that episode of Lost to a friends house and watch it, or watch it on the bus on the way to school. Yeah the PSP and the iRover had it too but iPod is for the non-techy. It is a consumer device for the consumer not a nerd. The new iMac is shit cool too with the remote. With iTunes used by so many and already reselling cheap episodes of Lost and Desperate Housewives it has already obliterated the Microsoft Media Centre. Bye bye MS.

The iPod whipped the music industry into line and has become quite a force. Remember what it did for podcasts when it added support? Google Video look out, you have serious competition now, not that you were much good anyway. So, it reshaped music downloading in a way, through nothing very innivative and it will do the same now for video. But I doubt it will stop at video. The bigger screen might hopefully allow EBooks and RSS aggregators and so on.

Adam Curry with his idea of plugging in the iPod going to bed, unplugging it in the morning with it filled with new radio shows and podcasts, can be added to with videos such as the best funny videos from wherever, the latest newsfeeds from your copy of bloglines, the local TV news from your home country and the latest pics from your friends Flickr account.

James Enck talked previously about how Ebay could use Skype as a delivery platform for anything electronic. Music, videos, software, services. So, could Apple do the same with iTunes? Anything and all could be shipped via iTunes, could it not? Not as distributed as Skype is a given, and a massive amount of servers would be needed too, unless they upgrade to a bittorrent like structure, which can be done. How many installations of iTunes are out there? How many desktops can Steve Jobs access?

Could iTunes and the iPod be the new Digital Lifestyle Aggregator? Right now probably not, since Apple like to lock people in using DRM but maybe in the future when the backwards thinking megamedia producers get more crap kicked out of them, then Apple might start becoming more open.

But, what’s stopping someone now from creating an iTunes clone that will work with the iPod Video? Apple built the route, build a better bus to get there, more comfortable seats, better AC, smoother tyres.

TV is dead. I won’t be missing it.

Jeff Jarvis (a hero of mine more and more) gives his own views. And here’s more on the iPod disrupting life as we know it

Posted in Uncategorized | Comments Off on In case you missed it, television died yesterday

I miss the burps from burgers

It’ll be 6 weeks on Sunday since I had any meat or fish. If anyone knows me they’ll know I challenge myself now and then, such as when I gave up alcohol for a year (Oct 2003 – Oct 2004). It’s not a new idea you know. :)I wanted to see how long I lasted without any meat or fish or flesh and so far it has been easy enough. Except when it comes to eating. I don’t use the word hate much, I feel the word is too powerful for regular use, but jesus christ I’m almost hating pasta and pasta based dishes now.

Irish Mammys know how to cook when it involves roasting some meat from an animal in the oven and throwing veg around it. Try asking to make a meat free dish. Want spuds with that mash?

My body I thought might change but it hasn’t. I started taking the super-power vitamins in case my iron levels go down. Don’t think they have.

When do I go back eating meat again? I’m not sure. Do I miss it? Yeah, hell yeah, it’s so easy to eat with meat. And I really miss the burps from eating burgers. 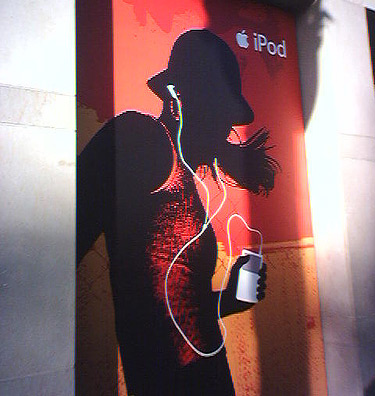 Neil Gaiman will be on Rattlebag. He’ll do some signings afterward. I can’t go, so go in my place.

Blogging Prof Fails To Heed His Own Advice. Suggestions that his tenure may not have been renewed because of his blogging. “Academic bloggers interviewed say the most common problem they face is convincing their colleagues that their online activity does not come at the expense of scholarly research.”

Looking at who visits me and what phrases they used in Google: 2nd in Google for “activism in ireland”.

Via Schneier Police say money-laundering conman is the greatest trickster they have faced. honestly, who here is saddened when someone robs a bank? Got to wonder why our mentality is like that.

Posted in Uncategorized | Comments Off on Midweek Links Oct 12th