Aine was in the papers today

Well done Aine. Following up from my first Sligo Tourism post is news that Aine was in the Star on Sunday today. Congrats Aine. Anyone got any scans of it?

EDIT: Francis has scanned in the paper here and here

People think I’m taking the piss out of Aine but I believe she’s doing a great thing for Sligo in her own personal style. We see the GAA ads about asking not what your county can do for you, but what you can do for your county. Aine does this. She’s a genuine fan of Sligo. Thousands of people now know where Sligo is and I bet some will end up visiting. How much does the Sligo Tourist board pay to advertise and market Sligo? Aine does it for free. I think she deserves recognition or even a helping hand. At least we should all link to her site so that she appears first in Google when you type in Sligo. Fuck Harvey Norman. Go Aine Go! I think the Letter to America kids feel the same way about her. BTW Jett and Wayne. You guys frickin rock. Photographers and Registrars wanted for the Blog Awards

I’m looking for a few photographers for the blog awards. I wish to photograph everyone that comes to the Awards and have their photo and their names uploaded up to the Awards website. In order to do this I’ll need a photographer at the door along with an assistant to take their names. Hopefully if the net access works then their pics can be uploaded quickly to the website. Photographers are also needed to take pics of the rest of the event and of each category winner along with the category sponsor.

I’d also appreciate if someone can live blog the event. So someone with a laptop and a wireless card. If you bring a laptop bring some mains and a long plug!

Additionally I’ll need some registrars at the event to take details of everyone that comes in, give them name tags (optional but encouraged), collect their fiver and give them a raffle ticket for the spot prizes. For efficiency it would be good to have at least two people to do this.

And now off to write a press release, an opening speech and to pack the golden envelopes.

Lets hope they make use of this unlike Blogger and some other bland aquisitions. My god but Google seems to be called bland by me a lot of late. Grey google.

Thoughts on blogging in Ireland – Pride 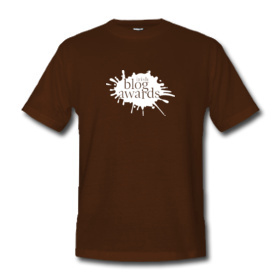 When I came up with this idea for the Irish Blog Awards, during one of my mental meanderings as I sipped on an iced coffee, I thought there’d be 20 Major blogs at most but holy schmoly was I wrong. I was stunned when I realised there’s at least 1169 and counting.

Blogging can be whatever you make of it, something interesting happens every day and you can have your tuppenceworth on the matter, your tiny timids thoughts can be read by anyone online and your free to state your opinions. I’m sure some people think of blogs as a dossing time where you can play with semantic bits and pieces. Ah sure you know yourself what people are like. My parents think I’m obsessed with blogs and when asked how many I’ve read I said there isn’t a blog I haven’t red, mum.

In fact, ah, blogs can be intensive or relaxed. They can be half arsed, full of shitty first drafts, they can be left to go stale and you could have a year of a big drought or a pretty good year. Looking through the bottom of a glass you might think they are a waste of time but they are yours and you are free to do what you want with them. So most sincerely folks, we are the blogging community at large and we should be proud of that.

Won’t someone think of the children – Got a table tennis table?

Clonard Community games are looking for a second hand table-tennis table so if you have one or know of someone that has one, go to their site now and let them know.

Posted in irishblogs | Comments Off on Won’t someone think of the children – Got a table tennis table?

While I always knew Podge & Rodge were very popular, I was truly amazed at the amount of hits this site received following the Show,
from a daily normal of a few thousand to over 50,000 hits mainly from Ireland and the UK in the first 24hrs. alone! 🙂

The feature generated rare positive and priceless exposure for Sligo on national television. The Podge & Rodge Show is due for repeat on Friday night next at 11.05pm RTE Two.

I’m betting there’s going to be a lot more visitors to sligo this year. Anyone able to do a Google Maps mashup showing where Aine has shot her videos from? Would be a fun project.

And big tits too – Women get yourself a sense of humour will ya?

Suzy and Sinéad seem to be pissed off over Piaras saying:

â€œI think that there has to be some sort of correlation between the lack of female comedians and the relative shortfall of women in senior management positions.â€?

and maybe we could also, you know, fund iniatives to get them to learn about how to talk about soccer and rugby so they can be one of the lads but in a manner not to make the lads feel even more inferior because a female knows more about their macho topic than they do. We could also teach them to play golf which is great for networking.

There are lots of reasons why women are not in senior positions. I wonder how many women that do hold senior positions are married and have families? I would say a lot less again. To say it is because they are, in genera,l bad orators and need to tell more jokes doesn’t seem quite credible. I think Piaras is just trolling the ladies on International Womenâ€™s Day to get a buzz going. A good fight now and then is great.

I predict another blog o’sphere fight

Wait and see. Like Phil Collins, I can feel it coming in the air tonight, oh lord.

Splinster talks about 12 Angry Men and why it breaks the rules of writing. 12 characters. One room for most of the fim. Yet it’s a classic. Break more rules!

Wait for a killer, illegal video to be posted on YouTube – grab a copy yourself and put it on your site -as youâ€™re sure itâ€™ll get yanked down by YouTube soon enough.

I suggest we need a cross between Digg and bittorrent with the content being distributed so it can never be killed off. I go to a restaurant and I can eat my food the way I want and I can play with it before I eat it. Why are the content makers so adamant that people want to the same with digital content and won’t let them? They should have learned by now that humanity is made to disrupt and circumvent. It’s the nature of their nature.

The other Dave interviewed on a podcast. No, not that Dave. Other Dave.

Posted in irishblogs | Comments Off on Wrapup for today