That was me trying to sing “Another one bites the dust.” Another blogger seeking work. 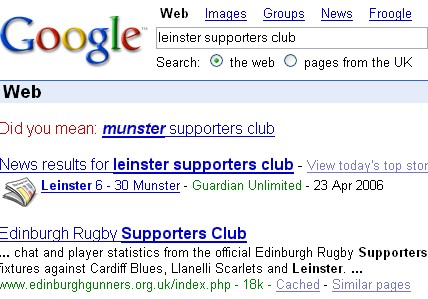 Using the more honest and personal web for charity

Kids raising 500k for charity. This kind of money raising for African countries is probably new to Americans but there’s some weekly or monthly event here with kids doing something for charity. Good use of new tools to help people though.

Podge and Rodge do live shows

Podge & Rodge have announced that they will cast aside their prejudices and bring their new stage show ‘Desperate for Housewives’ to Dublin in October and November.

Tickets, priced €28, go on sale on Thursday 4 May from outlets nationwide.