Netflix categorised all of Hollywood movies and TV shows. Big data but totally reliant on humans too. Raymond Burr is at the centre of all things TV it seems.

Meaning well can do harm. James points out the destruction a suicide awareness campaign can do. Naturally the “RT to cure suicide” types are furious. They remind me of those who sent their kin to Magdelne Laundries.

Louis CK and Jerry Seinfeld episode of Comedians in Cars.

How to use your startup advisors by Dylan Collins. Why not have advisors for your existing business too? Always solicit advice from good people.

Sorsed. Track how accurate a rumour is.

Via Paul Watson, Love this idea with the Yahoo sports app that allows you to create your own GIF from their footage. Yes!

Just say no kids, well just say no more often. I like this rejection card from Edmund Wilson.

Dave Letterman when he was really on fire. Via Victor Barry 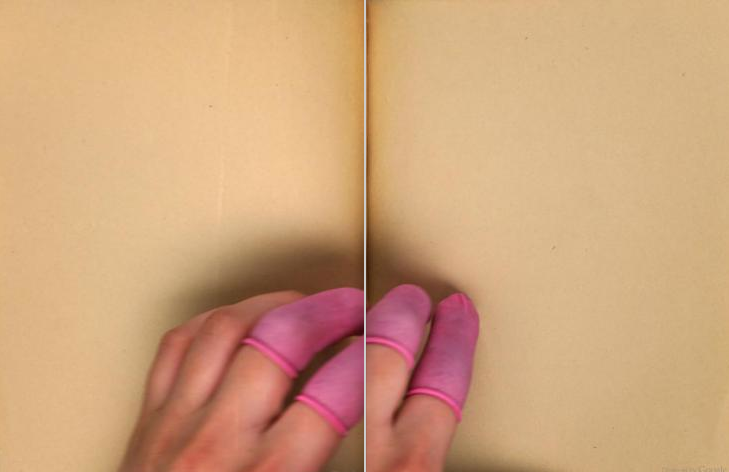 Get Running with the Irish Times. Online course to help Irish Times readers to get into running in 2014. I like this idea of trying to be a core part of the lives/routines of their readers and not just a random part now and then.

Tape over your camera on your laptop and phone too if you are very paranoid. They’re remotely switching them on.

Griel Marcus’ commencement address for the 2013 graduating class of New York’s School of Visual Arts on high versus low culture and the false division. He rallies against this kind of bullshit:

As to whether the new, DiCaprio-ed edition of “Gatsby” would be socially acceptable to carry around in public, Mr. Cassem of McNally Jackson offered a firm no. “I think it would bring shame,” he said, “to anyone who was trying to read that book on the subway.”

Everyone going ape that people like Mrs Brown’s Boys and it beat Doctor Who in the ratings. High brow, low brow. Low brow low brow really. And in a similar vein:

People bitching about the Apple teen stuck in a phone ad seem to forget that most people that watched it, enjoyed it. And the ad is the perfect example of why advertising still works. As Ken Segall puts it:

There are tens of millions of people who will stop in their tracks at this commercial and wipe a tear from their eye. As a result, they will feel slightly more attached to Apple, which is the marketing purpose of this spot.

The different types of Snapchats.

Everyone needs some Diana Vreeland quotes.

“Unshined shoes are the end of civilization.”
“There’s only one thing in life, and that’s the continual renewal of inspiration.”
“To be contented—that’s for the cows.”

Barry Hand
I’ve known Barry from the days of Boards, then Digiweb, then LastMinute and now GrabOne. Barry is one of only a few that I feel is better at digital marketing and planning than me. (That’s not an ego thing, much). I’ve attended talks and workshops that he’s given and always come out of it richer with knowledge, which is why I’m always nagging him to do courses for my clients. His constant strive for bettering himself and more knowledge is admirable and something I want to do but rarely get round to. 2014 by just probability is going to be a good year for Barry.

Dylan Varian
Dylan has been doing the business thing since 17, has worked for himself and worked for Trustev. If you have that much experience before 20 and you stick with it, you’re going to do well. Or maybe totally burn out and run a small scented candles store near a surfing and tourism spot.

Niall Smart, Cormac Driver
They’re at it again. More Irish Y-Combinator alumni. Sold their last company to Real Networks. Now both doing different things but in New York. Cormac is head of product at Temboo which is an SDK that gives you access to 100+ APIs. The Internet of Everything goes their pitch. A perfect platform to create your own web app. Be interesting to see how this tool kit fast tracks a lot of new tech startups.

Niall is now CTO in Hightower and they just landed $2.1 million in investment and are bringing realtors to the 21st century with their software. This should be a fun space to watch.

Christian Ryder
In fairness I was a mentor to Christian so I know his business quite well. Christian’s company Fonesense is now in the Wayra incubation programme and they’re getting some great meetings with some very nice companies. You can tell they’re going places when Government Ministers want in on their success. Selfie with Bruton in 5, 4, 3 … And like the lads above, Christian already has had previous success with the Cabbage texting app for Android.

Laura Gaynor
Laura is from the Spunout world and has a talent for getting her videos on to Broadsheet.

Only barely done the Leaving, that she wrote about for the Indo and she’s out in IADT now doing what she’s good at: videos. Wait a few years and see what she’ll be directing.

Lastly, going back to two I’ve featured before but a revisit is always worth it.

Alexia Golez
Alexia is now working for Trustev (that’s two Trustevees on the list this year) and featured on the list in 2011, so not that long ago. She’s not been in Trustev that long so her impact and the impact of a startup culture on her should make 2014 interesting for them both.

Dena Walker
Dena is back in Ireland, maybe back for good. Featured in Ones to Watch 2010 edition. Herself and Barry Hand are the book ends of this post. Two people in Digital Marketing who understand marketing/digital strategy better than me and most people. Thank god there’s a voice that calls bullshit in an industry that rewards bullshit. No, I meant the marketing industry, not green tech.