I’ve put a post up over on the Awards website about the Blog Awards sponsorship slots. €300 to sponsor a category this year. Last year’s sponsors pay the same price of €270 if they want to go again. Headline sponsor for the Best Blog post pays a lot more. Top award of night and all that. You can also sponsor the podcast and a few other things and as I mentioned before I’m looking for merchandise for the Goody Bags as well. Remember too that this event is run at cost. All door takings go to charity. No meal or any of that stuff, go to a €200 a plate awards gig for that. 🙂

So Richard is moving away from SEO? Too many damned cowboys in it now in my opinion.

Offer still open for the free Business Blogging Course from me. Looks like we got a venue too.

I thought this was cute and hilarious. A baby giving the evil eye. Other people did not. Tough Crowd.

Anyone seen any of these movies and recommend them?

Wired’s Top Ten startups to look out for is crap I have to say. Old companies and over-hyped ones. Fon, LinkedIn, BitTorrent? Are ye for real? Then this from the Guardian is stupid too. Twitter? Wow, is it 2007 again? Course the Economist is talking even more crap.

Not sure is this at all clever? Anti-drinkdriving ads inside a game?

This guy got Kevin Costner to come to his blog.

Massive list of TV Show Christmas specials. ALF, the Smurfs and so so so many more.

Hear Dylan Thomas’ recollection of the sounds and smells of a long-ago Christmas in the seaside town of his youth from the Harper Audio release “A Child’s Christmas in Wales. 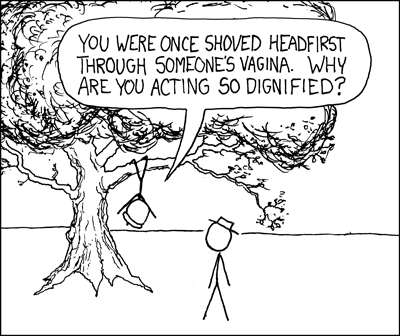 So you know the way Google announces something, even teeny tiny things and the world (including me) goes woo and aww and all that and many wonder what this means and what great plan this project is part of? I do wonder does Google and the other giant techcos have a misinformation department like the Allied Forces had during World War II where they had fake towns, inflatible tanks and planes and the like? I even wonder do they team up and create a fake project and then Yahoo! would create a fake counter-project just to feck with the heads of us fanboys. It reminds me of the Gary Larson cartoon where a surgeon discovers if he presses one part of a patient’s brain their leg jumps up.

Anyway, Google are asking people to stick up their Christmas photos on a world map of theirs and share em with the world. This got me to think that some Google initiatives are just for fun and nothing to do with business. Back to the Google photo map, so far no photos are up from Ireland. G’wan, stick em up.

Posted in Fluffy | Comments Off on Google’s Department of Misinformation