Rigging the Irish Election Part 3 – Manipulate the media and blogs 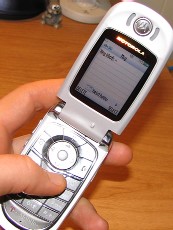 The E.A.B. system’s True Voice module makes it much easier to manipulate call-in shows, letters to editors and blog comments. True Voice is of course connected to the Tracker system and the Reach system. The True Voice module itself is split into various submodules which allow the easy manipulation of opinions. First it has a detailed database of the contact points for every media outlet both email, post and text number and can send opinions to all of these outlets automatically.

The True Voice application can randomly generate hundreds of opinions ranging from semi-neutral to very pro-candidate and pro-party. An easy drop down list allows you to generate opinions on specific topics but an AI like engine can also take a human typed opinion and from it create dozens of opinions along the same lines but rewritten to be practically unique. It can do this for text messages, for emails and for letters to the editor which are printed out and posted. The module generates fake names and locations but it also relies on real email addresses so that if a media outlet replies, they will not be told the email account does not existing. The True Voice system will rely on gmail, yahoo, Hotmail, eircom.net and iol.ie addresses. It is intelligent enough to not use the same email address when sending opinions to news outlets again and again. Meaning the Last Word won’t see John from Sligo emailing in every second day.

The SMS module:
It is scarily easy to fake text messages from anyone. The SMS protocol is as insecure as the email system. As a result True Voice randomly generates mobile numbers which look valid and send messages from these numbers to the various call-in shows on Irish radio and TV. For some shows that send an auto-reply, a bank of numbers of real numbers are instead used. These numbers are taken from sim cards purchased from all 3 mobile phone companies from dozens of outlets around the country.

The Email module:
Like the SMS module, this takes the autogenerated opinions and sends them into the call-in shows as opinion. In addition this sends letters to the editor of all the print publications.

The Voice module:
Using new phone technology, this system will ring volunteers through an automated system, will explain what the show is about and what opinions are needed and then will give the option of connecting to the show or declining the invite to give an opinion. “Press 1 to connect to Right Hook or press 2 to decline”.

The Web module:
Something like the text module but instead for leaving blog comments and also comments on discussion forums. The Tracker module will alert the system as to what blogs and discussion forums are currently discussing your candidate. Since those wiley bloggers are a clever lot, the web modules will have a list of IPs/proxies that can be used so as not to bring suspicion to the automated system. The web module will have a database of discussion sites available as well as up to half a dozen usernames which can be used on that each site. While opinions are autogenerated, it will still need a human to press the publish button here to ensure that what is being posted appears to be natural and is being posted in the most appropriate area.

This is Part 3 of the Rigging the Irish Election series. You can also read Part 1 and Part 2.

This entry was posted on Wednesday, October 17th, 2007 at 2:13 pm and is filed under irishblogs, politics, technology. You can follow any responses to this entry through the RSS 2.0 feed. Both comments and pings are currently closed.