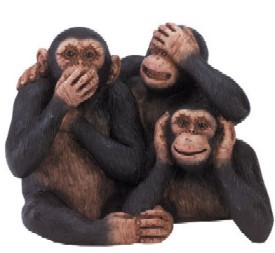 The day before an election sees a ban on election reporting and advertising in the media. This does not apply to the online world and in reality can never do so since you might be able to embargo Irish websites but not websites outside of the country. The Embargo module will be used to leak a sensational story about a competitor which can be perpetuated online but cannot be covered in print or on radio and TV. Every gaff and inconsitency from a candidate should be lined up and ready to go. One page fact sheets on the parties should will be sent out to all cell members and sympathetic bloggers which contain information on “flip flopping” and scary facts on parties. The Embargo module can suggest create draft blog posts to cell members with blogs and can be lined up from 10pm before the embargo. The module will also send automated emails and text messages out to people with details on controversial stories with the return address of the cell members. With a traditional media blackout, it means that there is no ability for a candidate to counter these claims until the morning of an election.

Advertising should be ramped up on Embargo day too since people will probably be going online that day for election information. Ads connected directly to the candidate can be released as well as ads not connected to the candidate at all. This is for ads linked to search results. However Google and the other online ad companies list which sites are part of their advertising networks and so you can line up 24hour only campaigns to start on embargo day with ads tailored to youth sites, health sites, babycare sites and so forth. These ads would concentrate on issues which will influence these audiences. Politics sites themselves should be avoided for advertising as they are full of politics junkies and their self-indulgent fantasies.

This is Part 4 of the Rigging the Irish Election series. You can also read Part 1, Part 2 and Part 3.

This entry was posted on Thursday, October 18th, 2007 at 2:13 pm and is filed under irishblogs, politics, technology. You can follow any responses to this entry through the RSS 2.0 feed. Both comments and pings are currently closed.