Those CAPTCHA things asking you to figure out what are bridges, traffic lights, road signs (and even chimneys!) are all there to create training data for their autonomous software for cars/drones/whatever they’re going to do next. Google Streetview has taken photos of every major road and street in the Western World at least and that’s some amount of data. The basics can be figured out by buying in street plans and other mapping data. Traffic lights, stop signs and so forth? They need human intervention at least for now. To be more human, Google needs to get more humans. And that’s where we come in. We’re making their data better which helps change their software which changes the data… 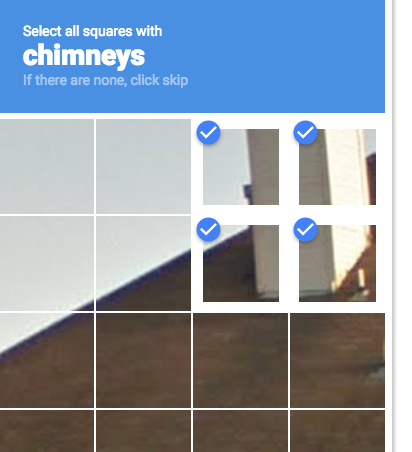 Amazon has a service called Mechanical Turk that allows you to write a basic command structure that gets sent to people to do. A very famous one was the guy that paid people $0.02 to draw a sheep facing to the left. He got 10,000 made. Yeah, 2 cents to do something. Say you drew 3 sheep a minute. That means you’d earn $3.60 an hour. So it’s interesting that software that goes through so much data needs humans to polish it up, for now. How smart of Google and Facebook and Amazon to get humans to do work for them for free or for next to nothing.

Google Home and Amazon Alexa are also devices that are taking in training data. They log what 100s of millions of people are saying, so many languages, so many local dialects and accents. Every time you use that the device you paid for, you are training their software to be better. Now this benefits you too and we’ll eventually have devices that finish our sentences. The next step is the camera on the speaker that takes commands from nods or winks or simple hand gestures. We’re evolving from screwing in valves, to punching holes on cards, to keys on a keyboard, to voice, to subtle eye + finger + head moves.

This training data idea is not new at all at all. I did a post recently enough called Pattern Recognition that talks about this. I mentioned Poor Charlie’s Almanack where Charlie Munger has all these rules for making decisions. Knowing everything about your potential purchase and what can impact on it is crucial. And how would you know that? Study the data, study the patterns. Know humans. A quote from him “Acquire worldly wisdom and adjust your behaviour accordingly”

I’m reminded of the book Never Trust a Skinny Italian Chef by Massimo Bottura. If a chef isn’t sampling the goods, trying things out and testing them then are they really progressing and moving forward? Now I know many skinny chefs that live off adrenaline and pot noodles but the book title is fair. Doesn’t look like they were using the training data.

As I was knitting this post together I saw this tweet pop up Writing advice from Haruki Murakami: “I think the first task for the aspiring novelist is to read tons of novels. Sorry to start with such a commonplace observation, but no training is more crucial.”

This entry was posted on Wednesday, January 23rd, 2019 at 7:17 am and is filed under books, business, irishblogs. You can follow any responses to this entry through the RSS 2.0 feed. Both comments and pings are currently closed.