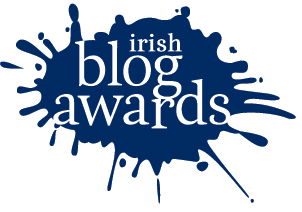 1 Category left to sponsor for the Blog Awards
2FM DJ Rick O’Shea has offered to be the MC for the evening.

I was considering renting out one of the small function rooms in Buswell’s. Have used them before. Nice people. Room is modest but has wifi! Room costs about 350 Euros but if 70 people bring a fiver each it would cover costs. There’s a bar in the hotel too for drinks. Thoughts?

Computers in Schools – Ireland decades behind – Are we surprised?

It was also found that Ireland is among a group of countries which show the least positive attitudes among students towards computers.

More details from the OECD.

Play your Nintendo at BT Hotspots and soon in Game Shops

Seems Nintendo announced a deal today with BT where you can play your Nintendo DS at 270 BT Openzone Hotspots in Ireland. You still have to pay for this Wifi service though, but connecting to the Nintendo network to play other users is free.

What is also interesting is that Nintendo are installing more BT WiFi hotspots in a whole heap of new locations, though it doesn’t say whether these are free or not either. From the press release:

Nintendo will also be installing BT Openzone Wi-Fi hotspots into major video games retailers such as GAME, HMV, GameStop and Smyth’s Toys in addition to other key outlets across Ireland.

I would assume that these are not Nintendo only hotspots so it means Wifi coverage will increase again. The more the merrier.

What BT should be doing, in my opinion, is tying the Hotspots to the broadband customers or business customers who can’t get broadband. So if you have a BT broadband account you can use the hotspots for free and if you are a homeuser then maybe it would cost you can extra fiver or more a month to use these Hotspots. I would think they would make a lot more from their hostpots that way as well as gaining a lot of extra customers. The less bills and logins for people, the better. Course that would mean getting the billing system working properly.

Posted in blogs, irishblogs | Comments Off on Play your Nintendo at BT Hotspots and soon in Game Shops

John Handelaar is doing fun things with Google Maps. Try and look up your street address. Mine doesn’t work but when I type in 52 Patrick’s Street, Cork it does. Probably gives way better coverage for Dublin suburbs. John’s looking for feedback, so give it.

I was looking at the ICT Expo Awards 2006 and how much they charge for award sponsorship. 18 awards and to sponsor one is €4500. So what do you get for that?

Branded table of ten at the ICT Excellence Gala Dinner at Burlington Hotel
Branding on the stage area backdrop during award presentation.
Branding on the framed award certificate
Branding on the table menus
Branding on the show website: www.ictexpo.ie
Presentation of the award to the winner on site followed by:
Photo opportunity with the award winner
Promotion in ComputerScope, Irish Computer Channels & Smart Company magazines pre-show and post-show.

I know the Irish Blog Awards are nothing at all in comparison but it is good to know how much awards can be worth if you are looking for sponsors and you put on a professional show.

Redmum – Should we all just refer to her as ‘mum’?

So some people call me Damo as a term of affection. Generally they don’t live long without a throat but anyways… We all seem to shorten or play with someone’s name as a way of being more friendly and creating a special relationship with them compared to the general public. Many do this or start with by calling us by shortened names. So, after reading a comment from redmum I was wondering how to reply to her. Should it be Red or should it be Mum? Imagine being referred to as the Mum of the Irish Blogs? “I was reading Mum today and she was saying…” Yeah I can just see the blog posts now. Hi Mum!

So yes. Random thought of the day. Thank you. That is probably not all.

There are 4 more Blog Categories left to sponsor and then I can move on to stressing about a location for these awards. Someone is getting back to me about sponsoring the Photo blog section so they have first refusal but the other three can be freely sponsored by a company/organisation.

Equivalence in Promoting Equality is a new publication from the Equality Authority and I’ve not downloaded it yet but it seems from a press statement on BreakingNews.ie that they are using the Good Friday Agreement to get the people of the Republic some of the same rights which people in the North get:

The body said that under the Good Friday Agreement, the government has committed to ensuring an equivalent level of protection of human rights in the Republic.

This means it could be obliged to give legal recognition to same-sex relationships.

And all this the day before the FF/FG rigged Committee on the Constitution recommends no changes to the definition of what a family is.

Shortlist is out for the bloggies. No Irish blogs nominated as far as I can see. I think we could have given them a run for their money in a few categories. Shame we are not even in the Best of the UK and Ireland blogs. We’d rule in the Photo blogs. Lucky we have our own awards!