Loving this idea from Primal Sneeze. A shopping unlist for Aldi and Lidl. What not to buy there as well as what to buy there.

Jocks. Never again. I got a four pack for €3 and canâ€™t wear them. A bit like the village of Sallins in my parentsâ€™ day – no ballroom

So Rob is writing facebook apps in Lisp. Nerd!

In case of inflight emergency, reboot the plane.

Like this blog related t-shirt. I blog therefore … I am of questionable employment status. Personally ironic for me.

Why on earth would Microsoft allow people to roll back to XP? This would make me think the company is of the belief that the bugs in Vista will not be able to be remedied quickly. Scar

A facebook app so you can search Google from inside Facebook. I said they’ll eventually turn on outside search in their own search box. I still think they will and it’ll cause murder with Google. 🙂

I like this. These guys print t-shirts for SMS Campaigns. They own a shortcode and you buy a word on the shortcode.

Every recent Internet humour mutation in one video.

Scott Adams really seems to have wound people up this time with his post which includes a swipe at Israel.

Al Pacino – Inch by inch, from Any Given Sunday:

Every now and then I find a link to a blog or website that sends me off on a jaunt for a day or week or well, forever. This jaunt can show you new shiny things and concepts you were unfamiliar with but as you let them seep into your brain you realise that it all makes sense and you get the feeling that you already knew this, somehow. The catalyst for the current Damien adventure was a twitter message from Hugh Macleod where he recommended Russell Davies and David Armano. 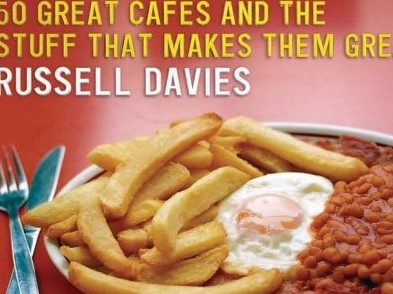 Russell has a hugely fun post called “How to be interesting” which is certainly an easy philosophy to follow that will bring out the creative side in everyone. If that post wasn’t good enough, it seems Russell also runs a conference in this area, called, naturally enough “Interesting“. That link will show you the blog posts building up to the conference this year and videos of all the presenters. I’m probably going to be on that blog for the next few days watching all of them. So far I’ve just watched one, which is the Series of Tubes talk by Tom Armitage. It’s not a talk on net neutrality, despite the name. It talks about infrastructure and more. Watch it if you like history and odd inventions.

[Aside: Check out Russell’s Book on Egg Bacon Chips and Beans]

Many of these talks seem to come from people who I suppose are in the interaction design area and again I’m reminded of Matt Webb and his work. As I read more and more blogs in this space and watch videos of people that understand humans and the way we go about our lives, it is reassuring that there are people out there that are designing and building things that suit us and are creating objects that make our lives better instead of making things shinier so they’ll get our attention.

If you want me, I’ll be over here watching a lot of videos.

When I started blogging, it never occurred to me that later, for economic reasons, I wouldn’t be able to stop

Fluffy links on a Saturday! Be the hokee!

John has probably made me buy another book but not of that dick Lance Armstrong.

I too hope to meet MacGyver in Dublin. He’s going to be at the launch for Halo 3 apparently. Halo 3? I think it’s some post Vatican II Catholic Church event a la Buddy Christ.

A blog about the Irish Hospitality Industry.

Haydn’s Gallery is now in Kinsale and is now showing off the work of Donncha and Ryan.

Congrats to Patrick, John, Kul and Harj for the launch of Auctomatic. Let the selling begin!

Fear of Google while Google has Fear of Facebook

Most tech companies and apparently non tech companies too have something called “Fear of Google” where some of them are just frozen to the spot about Google coming along and obliterating their business. Up to a few months ago, Google probably didn’t fear anyone but now, well now it is becoming quite apparent that Facebook is scaring the absolute shit out of them with the leak that they are going to open up some of their systems and bring out their own social graph. Remember this is the company that killed off the API they used to have for search and replaced it with a very shitty AJAX version. Now they are going to be open and start releasing APIs again?

On November 5 weâ€™ll likely see third party iGoogle gadgets that leverage Orkutâ€™s social graph information – the most basic implementation of what Google is planning. From there we may see a lot more – such as the ability to pull Orkut data outside of Google and into third party applications via the APIs. And Google is also considering allowing third parties to join the party at the other end of the platform – meaning other social networks (think Bebo, Friendster, Twitter, Digg and thousands of others) to give access to their user data to developers through those same APIs.

Starting with the godawful Orkut though? We’ll see. I really can’t see Google being as open as has been mentioned above though. There’ll be a twist no doubt and where does this feed into search or more importantly, spamming people with ads? Still, this looks like it could be a lot of fun. If they are opening to everyone, hell maybe Facebook can suck it all into their site too. Thanks for getting us even more traffic Google! That would be funny. 🙂

Update: Great comments from Danny Sullivan. Google is YEARS away. Maybe too far for catchup?

The Next Q+A is on October 19th, which is a Friday at a new venue: The Vaults, Connolly Station.

One of my favourite indy nights in Ireland, always fun and nice to see it turn into something like Freakscene. They now also have a Facebook Group too. Doubt I can make the next night as I have too much travel that week. Ah well. I’m just going to have to move to Dublin. (Oh no cry the Dublin OCCers)

Got a press release on this yest, never heard of this Bolton Trust crowd, but they’ve been around a while. Might be worth going to:

Entrepreneurs to Celebrate 20 Years of the Bolton Trust

The Bolton Trust, which was established in 1987 to encourage and promote new business enterprise in Ireland, will celebrate its 20th anniversary with a one-day conference on ‘Indigenous Entrepreneurship’ on Thursday 4th October 2007.The conference will be held at the Docklands Innovation Park on Dublinâ€™s East Wall Road which is currently home to some 70 companies.

A number of speakers including Frank Ryan, Chief Executive, Enterprise Ireland and two of Ireland’s best known entrepreneurs, Chris Horn and Liavan Mallin will address the event. Also attending will be architect and broadcaster, Duncan Stewart, who was involved with the foundation of the Bolton Trust. President of Ireland, Mary McAleese, will close the Conference with a presentation to four of the Trustâ€™s founding members and afterwards will meet with delegates, speakers and members of the Trust.

To register attendance for the conference, contact CairÃ­n Oâ€™Connor at 01 2401377, email info at boltontrust.com or visit the website:www.boltontrust.com

About The Bolton Trust

The Bolton Trust encourages and promotes new business enterprise in Ireland. It is an independent voluntary trust actively committed to assisting people to create sustainable business. The Bolton Trust was established at the height of Irelandâ€™s â€˜brain drainâ€™ in 1987 by staff of the Dublin Institute of Technology to promote an enterprise culture and to offer young entrepreneurs an opportunity to develop their business ideas in Ireland. The Trust currently has over 200 members. This membership is largely drawn from the various disciplines of DIT, Ireland’s largest third-level technological Institute and also from Ireland’s entrepreneurial community. Visit the website: www.boltontrust.com

Posted in blogs, irishblogs | Comments Off on Bolton Trust celebrates 20 years with conference on ‘Indigenous Entrepreneurship’

I thought ranking first for “Irish Sluts” was interesting but noooo, this is more interesting alright. Number 1 on google that is.