Iain Daleâ€™s blogging guide is out

Iain Daleâ€™s Guide to UK Political Blogging has been released.

It includes articles by Adam Boulton, Francis Maude, Ben Brogan, Kevin Maguire, Guido Fawkes, Lynne Featherstone and Tim Montgomerie and is chock full of great information. (Jesus, I wrote “chock full”) It has tips and Top 100 lists and gives a very good overview of the UK Political blogs. Some of his tips are:

Download the guide here. Iain will also have the guide distributed at the party conferences. Good move. Well worth reading even for those solely interested in Irish politics. Guido Fawkes was ranked no. 1 political blogger. As Mick mentions he’ll be one of the speakers at the Irish Blogging Conference.

Hugh Macleod is on the money.

Bruce Schneier says renew those passports now. Someone from the UK in his comments says it’s too late for those in the UK though. Is it too late for here?

Anyone else been approached by Blogburst? MTV won’t allow you to say “Pimp my” anything anymore. Just ask Ogra Fianna Fail.

We still need people to give talks at BarCamp Ireland. If you want to give one then add it to the wiki. I’d really like to see a talk on something like “Business Opportunities in Second Life.” Maybe Sabrina can partake? (If she finds a dog minder)

We’re also going to have a Pecha Kucha talk. What’s that says you? A speaker has 20 slides and has 20 seconds to talk about each slide. Rapid fire and fun. Everyone should have a go.

Also if you are going and even if not presenting, add your profile to this Profile Wiki page so we all know a little about each other before the day.

We’ re still looking for AV equipment. Anyone want to donate some for the day? Bernie will bring a projector along too.

Twas the night before BarCamp. Pre-event food and drinks in Wagamama’s. Do come along.

New blogs on the block for September 18th.

In the the future everyone will have their own TV channel.

The Viral Video Chart. Can we get an Irish version?

Via boing boing: The Girl with the error-message eyes. Very William Gibson.

The Omniplex cinemas have a special offer at the moment for cinema tickets. It applies to the Omniplexes in Cork (Mahon Point), Santry, Limerick. Oranmore, Galway. Just go to http://www.omniplex.ie/ to book them.

ComReg lied lied lied to the Oireachtas when they testified in front of them a few months ago. They told them the failure rate in the Republic was the same as the North. It’s 0.0015% there and 12% here. 8000 times higher. I’m glad something is going to be done about the continuous lies our telecoms regulator is telling.

According to the Sunday Times:

A DAIL committee is to examine whether ComReg, the telecom regulator, provided it with misleading information during an inquiry into Eircomâ€™s broadband infrastructure, writes Mark Tighe.

From the Oireachtas minutes:

We get information from Eircom about the rate of line failure and the time to repair, and issues regarding repeat faults and so on. Our experience of the number of lines connected to a broadband-enabled exchange that will fail the test appears to be in line with that in other countries. The experience in Northern Ireland, for example, bears that out.

In their written submission to the Oireachtas they were asked and answered, under the heading of:
Line failure in broadband enabled exchanges

Q9. Is ComReg satisfied or surprised with the amount and/or frequency of failures?

ComReg considers, from international experience, that some level of line failure is inevitable due, for instance, to long lines or the use of carriers. There are also a variety of ways of defining what represents a line failure and we are aware that different companies have differing approaches to the testing of lines. For instance, the current approach adopted by eircom may be overconservative, based on experience in the UK. While comparative data is difficult to obtain, it would appear that faults per 1,000 lines in NI are broadly in line with our experience.

Again I ask and I do so often, why is our regulator misleading the public and the Government? 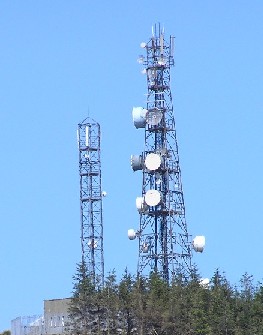 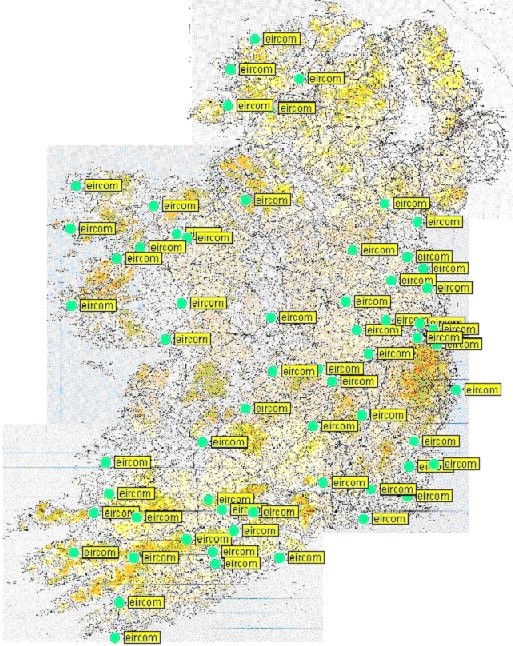 And now a word from my sponsors – Episode 5

AMSN IS A HOT STOCK!

Get on AMSN First Thing on Monday, it’s going to expload!

SOMEBODY KNOWS SOMETHING!!! THE NEWS ARE RELEASING THIS MONDAY! WATCH IT
EXPLODE ON MONDAY!!!