Labour consider inviting bloggers to the Ard Fheis. Oh how terribly nice of them!

One of the things that annoys me about IrishElection.com is the fact those that post on it also post their thoughts on their own blogs so you see the same post replicated throughout the Blog O’Sphere. I find it probably cheapens the site as the content isn’t unique. Anyway, now I’m doing the same as I’m replicating comments I wrote on it. Adam Maguire reported that Labour is considering inviting bloggers to their Ard Fheis. Here were my thoughts and I’ll add more to the end of it:

Wow, they’re going to give bloggers doggie treats in the form of invites. Are we worthy? I’d much rather Labour and every other party listen to people whether they be pensioners, craftsmen, yachting folk, bloggers or teens.

To me that reads “We’d rather invite people who will toe the line or whose reactions we can predict when we feed them the usual PR shite.” It also seems to me that they don’t understand what bloggers are. Bloggers are not journalists. We are not paid to write stuff on something we don’t give a damn about.

I’m sure they’d rather not invite someone that listens to one of them up at the podium and instantly blogs “Man that guy is just bullshitting”. Labour and all the rest don’t give a flying fig about people though. What they and the rest care* about are voters. Voters are not the same as people in their eyes. How about Labour actually listens to people and not pander to voters? The fact Labour have to make a conscious decision and change some bloody policy to “invite” bloggers means they are well and truly STILL NOT GETTING IT.

Here’s a free consultation: Enable the Ard Fheis with free net access and free power strips for those with laptops. Don’t invite bloggers, enable people to comment via their own laptops at the event, via forums and via genuine blogs from Labour. If bloggers are there then good, if not that’s fine too. But that’s just a start. Engage with people using all forms of media, not just blogs. Blogs you don’t control and forums you don’t control. Listen to what people care about and have issues about. Forums, blogs, emails and so forth. And for the love of christ stop with the Joan Burton press releases dressed up as blog posts and spamming IrishBlogs.ie.

Do what Dave Winer suggested too. Pick a bunch of people and get them to blog about issues they think are important. People, not voters. And certainly not the party hacks/labour apologists who are so blind that they can’t see their party has things that need to be fixed like every other human created organisation.

*where care is the action of appeasing** those that will grant them power.
** where appeasing means using any and all honest and disonest means to placate someone

—
Just so we’re clear I don’t hate the Labour party, I just hold them at the same level as the rest of the parties in this country. Low.

Stall the Ball – John Timmons has another blog

StallTheBall.com is now serving. This too is a blog, just like Adam Beecher’s blog. There must be something to this blog lark afterall.

Imagine releases a free (timed) broadband product and always on broadband for â‚¬9.99 a month

See details on their site.

1. Switch to Imagine Talk Anytime @ €9.99 a month, plus get line rental via them at same price as eircom.
and then
2. Choose their Timed broadband for free (Pay per min after 20 hours) or get their always-on broadband for €9.99 a month.

This is a good deal even with the terms and conditions. Let the pricing ware start

72% of US Internet users go online with broadband

Yup, 72% of web users in the US are broadband users. Last year the figure was 57%. Meanwhile in Ireland just 32% of web users are on broadband. Also while the amount of web users increases in the states it remains the same here. Read the Nielsen Netratings Report (PDF).

Broadband composition remains high in the workplace, with 90 percent saturation in May 2006; a year ago that figure was at 82 percent.

I met a guy from eircom on sat for a chat and he said it’s been really difficult to move people from narrowband (dialup) to broadband even when they show the great advantages and potential for savings. My bigger worry is that we need to start getting more people online and right now nobody is looking into this. All the focus is on getting our broadband stats looking better and they’ve gone the quick route of trying to covert dialup users. Big picture folks, big picture.

So says the semi-reliable Techcrunch. That’s a hell of a lot of money. Staying on the Bebo theme, why the hell hasn’t any of the marketing companies in Ireland taken the site seriously? It gives you a huge amount of access to a large portion of the teenage and drunken university student market. A market with a lot of disposable income. Bebo is such a perfect viral medium and yet none of the marketing experts seem to have accessed it or leveraged it.

Anyone want to go to Antarctica?

You need about 13k to holiday there though. By my calculations, if I save about 500 quid a month I might be able to get there in 2008. 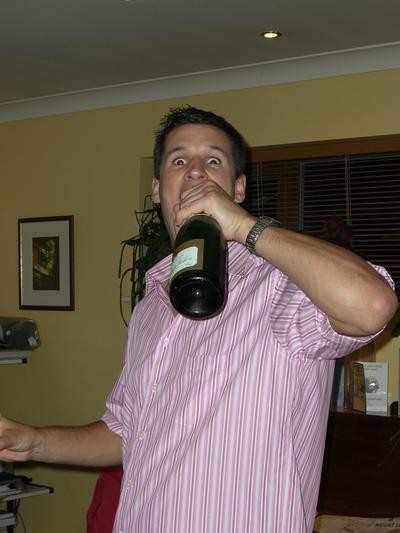 And a lot of people were introduced to this blog and also the sights and scenery of Sligo via Aine Chambers. But not the below.

Lou Reed, Nick Cave, Jarvis Cocker, Beth Orton, Antony Hegarty of Antony and the Johnsons fame, and Gavin Friday will all cover Leonard Cohen songs at this show. Got my two tickets from Ticketmaster this morning. Cost me €152 for two tickets but I got good seats front and centre.

I posted a link to a video of this years back but now you can watch it from the comfort of my site. Richard Simmons being the human prop on who’s line is it anyway? This may hurt those with a funny bone.