Annie Leibovitz – A photographer’s Life, 1990-2005 is an exhibition that’s still on in the National Portrait Gallery in London and ends on February 1st.

I saw this a good few weeks back and for a woman most famous for her pictures of celebrities, the main story this exhibition tells is that of her personal life and what seems her complicated relationship with Susan Sontag. The really famous Rolling Stone, Vanity Fair and other photos of celebs in odd poses are there and are terribly beautiful up close but the ones that probably carry more power are those taken of a dying and dead Sontag juxtaposed with pics of their three kids. There are also ones that Sontag took of a heavily pregnant Leibovitz and ones Annie took of her family.

Some of the people that came along obviously came along to do a bit of celeb spotting but probably went away the richer after being brought further than that to share the intimacy of the life of someone that produced works that became so public.

Well worth a visit in London or whever it moves to next. Fuck the Recession – Links to think about

The worst thing you can do if you read the below post and what I consider some inspiring links and feel energised from them is to bookmark this blog post or any of those links. So let’s make an agreement before we begin. If you like this blog post, don’t bookmark it and don’t go off and write a blog post and link to this. If you really really want to do something go off and do it, there and then. Register a domain for a business idea, drop every damned thing and do that. Way better than that, walk out of the office or where you happen to be with a pen and paper and using the energy or elation that you have, plan something out on a pen and paper right then. But do not, do not, DO NOT bookmark, do not consign to the back of the browser drawer these webpages. This allows your excited brain to eject those feelings and move back into doing something comfortable, routine, mundane.

But.
But do not spec out an elaborate plan either. Concentrate on one piece of it. See that piece as a a whole part and work on figuring out that and that alone. Forget the overall system that it ties into right now. You want to challenge all parts of your brain and get them working together. Visio is evil. Wire diagrams are evil. Bookmarks (I’m just reiterating) are evil. It is better to build a nut and bolt for a system than it is to spec it out. Yeah you want to build a new car but concentrate on the alternator for now. (Spot the guy who calls the AA to start his car)

Here’s another thing. If the idea turns out to be shit. Grand. Your brain however has now been exercised. It’ll let you know it liked it. Pretend that silly joke about the guy that made 1up and 2up and 3up and gave up at 6up is true. Think of these as warm-up laps and one warm-up lap you realise you’re not so much running as flying. When it all clicks and it all makes sense you’re going to have a good environment to start. Here’s why:

One in a series. And being another. And Hero.

And with my lecture to you out of the way…

The mobile web is here. Look at how much mobile web traffic the iPod Touch has created. Think app store.

An idea that started on Twitter is expanding out now that they have traction.

Om Malik talks about 2009 being the year of the hacker. Go try things out. Go write stuff, go break stuff, go use your spare time to do.

Less features, less rules, less restrictions and the community will evolve your platform.

“Given fewer rules, people actually behaved in more creative, co-operative, and collaborative (or competitive, as the case may be) ways.”

I’ve been a professional developer about ten years now and I don’t want to do it any more. I don’t mean developing, I love coding. I mean work.

Nice guide from Steph on how to get to the Blog Awards. Plane, train, automobile, boat and maybe foot.

Still looking for Blog Awards judges. We have about 50 judges now. Another 30 are needed. There are lots of blogs to judge. Lots.

Gareth asked me to Fluffy Link mySwiftstore which allows anyone to get themselves selling online quickly. Linked!

Newsweaver are looking for a Head of Marketing.

Rick was the new Doctor? Jaysus. Missed that.

Another ceremony has an award for Irish Blogging. You can’t apply if you’re heterosexual though. What if you’re in the closet, can you be nominated then?

Internet > Newspaper. Lovely project where the best web bits of 2008 were made into a newspaper. Amazing typography.

So some guy suggested newspapers should teach the Internet a lesson by not updating their online presence for a day. Six additional and sarcastic suggestions.

Over on the Mulley Communications site I’ll be giving away my Online Marketing training documentation if 103 people leave comments on the post. Oh and there might be a free Online Marketing training course resulting from it too. The training material can be used for commercial and non-commerical activities too once Mulley Communications get attribution. We’re almost halfway there when it comes to comments. You can apply to be a Blog Awards judge here.

Ronan Carroll aka Tenaka released his deput EP on January 10th. You can download it for free or get a hardcopy for a fiver. His mySpace allows you to listen to his songs via the browser. Check it out.

I’m liking the Choice Music Prize lineup. Some talented people in that list.

Hothouse are currently recruiting for the 17th Venture Programme which will begin in March 2009. This PDF has more details. Many people in the blogging world have done the Hothouse programme and it has a good reputation from what I hear. Now is the time to go for it…

Thomas Brunkard is a funny man.

And another: Colin Fitz.

One would have thought Channel 4 got digital.

These toys, I want.

ComReg make the rules that eircom plays within, now they tell the Oireachtas they’re getting tough on eircom. After you gave them free reign the past few years.

Following from the post asking you to donate phones to the Jack and Jill foundation, we have three winners.

And the blogger who won the Nokia N810 Internet Tablet is Chris D. Congrats. 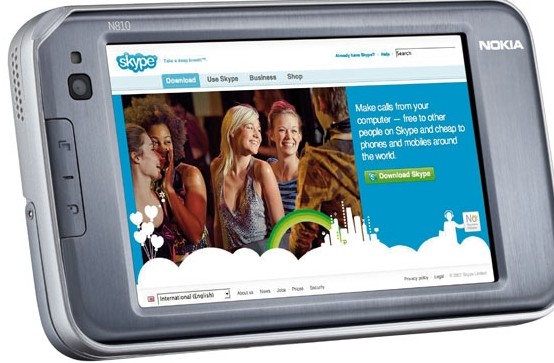 Please keep donating phones. Donating a phone is easy as you drop the phone and charger (if you have it) in a jiffy bag and send it to their freepost address: The Jack and Jill Mobile Appeal, Freepost, Ratoath Road , Finglas, Dublin 11

If you collect 10 phones they’ll send a courier to you.

TeenCamp is on Saturday. You going? Got suggestions for group discussions? What would you want teens to tell you about your business or industry?

NiallerH interviewed me on the tellyweb thing about blogs and me and me being narky with EVERYONE and PR in Ireland being dead in two years and got me to say rude words about things. I carried it on over on the business site too.

Today is the last day to nominate blogs for the 2009 Blog Awards. Today is also the day when we have opened up sponsorship for the Blog Awards.

The Rick Campaign is spreading!

McNightmare. If you dislike clowns and stuff, don’t click.