Want to try out some ice cream recipes? Want to get credit in an ice cream book and get a copy of the book. Talk to Kieran Murphy now. Yes, another blogger with a book deal. There’s gold in them thar blogs.

Sinéad’s got a new series called Musical Rooms. Check it check it out.

If you want to thrash valid opinion use the word “fringes”.

Via the ladies from Beaut.ie, tis Roy the Taxi Driver. He’s looking for other Taxi Drivers and the stories they may have.

New blogs on the block for this week. Want to be listed? Go there and leave a comment.

Speaking of which. Another fine music blog is added to the mix. Damn but that’s one vibrant blog area. Between that and food bloggers. Great to see.

Harry has a nice video of the Govt Ministers talking about their pay.

And the real deal. Skip the middle part.

Pay Per Post and fake reviews illegal in Ireland/EU?

Not only has Google punished all those people judasing their opinion on the web for some silver, but now the EU is saying that companies who pay people to write fake reviews of products will get fined and be liable for criminal prosecution. Well according to the Register anyway.

and the upshot is that companies (including sole traders) will no longer be able to pay individual bloggers or professional agencies to post false or misleading blogs or reviews online. Nor will they be able to do it themselves.

A little step in the right direction for the malevolent marketers and their deceptive disciples who would rather make a quick buck then have a moral backbone or an ounce of creativity. In actual fact this is law in many EU countries already, this is what the EU wants:

And the one for this blog article:

Professional trader disguised as consumer â€œFalsely claiming or creating the impression that the trader is not acting for purposes relating to his trade, business, craft or profession, or falsely representing oneself as a consumer.â€

Is paying someone to blog about your product covered under this?

Is it Law in Ireland? Under the Consumer Protection Act 2007, in section 55 it outright bans:

56.â€”A trader who contravenes section 55(1) or (3) commits an offence and is liable on conviction on indictment or on summary conviction, as the case may be, to the fines and penalties provided in Chapter 4 of Part 5.

But would the below section mean that once someone delcares Pay Per Post, they’re ok?

(q) using editorial content in the media to promote a product (if a trader has paid for that promotion) if it is not made clear that the promotion is a paid promotion, whether in the content itself or in any oral, written, visual or descriptive representation in the promotion;

I’m not sure myself but I’m not a legal scholar so I’ll leave it up to one to clarify it when they read this. However part x is quite clear and useful. You can now make a complaint to the national consumer agency if a marketing or PR company leaves fake comments as “consumers” and have them done for breaking the law. Not that the NCA will give a damn or make an effort to do anything about this. I should think Boards.ie can make massive use of this given how so many marketing companies and all sorts of companies come on to the site, register as new users and talk up new products pretending not to be linked to them. I remember a certain Satellite Internet company used to do that on the IrelandOffline forum on boards, come on talking up their product and denying they were from the company.

Update: DaithÃ­ was 9 months ahead of me! 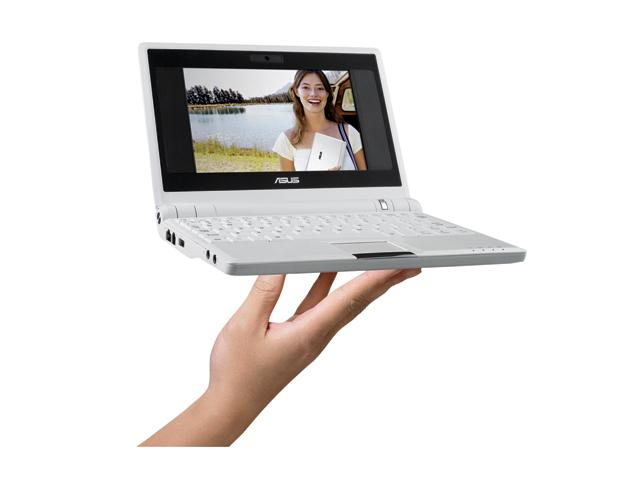 Ships in 6 days. I want. Once I get it running with a 3G USB modem that is.

In the yoof grouping, Mark Paul from the Sunday Times won the Young Journalist of the Year with Ian Kehoe from the Business Post and Laura Noonan from the Indo getting shortlisted.

John Reynolds runs 4Basra which aims to get aid to a childrend Hospital in the bruised and bloody country that Iraq now is. This is his guest post:

â€œThere are so many needy causes out there and I prefer to support the ones that do more than just ask for donations.â€

Ouch. That has been the only negative response Iâ€™ve had so far. Iraq has edged out of the media spotlight, as Brian Cathcart in the New Statesman pointed out last week, but thankfully there are people willing to support a cause there. Initially Iâ€™d hoped 4Basra would somehow find an idea for a social business â€“ like Heart of Africa, for example â€“ that meets the following aims:

Many readers of this blog are good with ideasâ€¦do get in touch if you have any. In the meantime, Iâ€™ve been lucky enough to have some kind help from the following people:

Iâ€™d love to be able to say that Iâ€™ve come up with a social business model that means I wonâ€™t have to ask people for any more donations or support. The reality is that I havenâ€™t. The only way we can help at the moment is by fundraising, to help pay for vital medicines and supplies. So weâ€™re also hoping to get enough doctors – here in Ireland, in Britain, and possibly in Switzerland and Austria â€“ to sign an appeal. If we have enough support, we stand a chance of getting back in the media spotlight â€“ if even only briefly â€“ as the two doctors who are helping me did in the London Independent, on 19 January this year. If youâ€™d like to support us, or make a donation, or have a chance of winning that case of whiskey, and a number of books Iâ€™m hoping will be donated shortly, please email me on john at 4basra.org

Neilformer – Commie in disguise (he of the Che loving, Coke hating Labour Kids) takes a few shots at Roderic O’Gorman and his nonsense post about the Green Party and their backturning on equality. Neil makes very salient points and also points to CiarÃ¡n Cuffe and another blog post on his view of the past week. I don’t for a second believe what he said last week in the press but once again a blog post from CiarÃ¡n gives me some hope that the Greens have some morals. What good are morals though if you never take a stand? Anyway, contrast CiarÃ¡n’s blog post with Roderic‘s. I know which one is more transparent. As Neil also points out, I think it very poor form to use the names of Katherine Zappone and Anne-Louise Gilligan to try and copperfasten what the Green Party did last week. It’s pretty low in my books.

Speaking of low, while cheap to laugh at a typo, I find it funny that Roderic talks about getting passed the spin, (I think he meant getting past the spin) as if he was the next baton holder in the Green Party FUDathon. It seems indeed that Roderic picked up the baton and performed well enough, if spin and buck passing is the game. Screencap of the blog post title before it is changed on Rodder’s blog.

I wonder will I get dressed down privately now because of what I said about the Greens? I hear that’s the new fashion these days.

iPhone done to powers of ten.

When an Irish Times journo likens you to this badass, your face automatically reddens. My fav show in a long while and a bloody great character from it too. I might not look good in a bow-tie but other than that, I can be him.

Listen at this LOUD. Via Michael

via Airstrip One, Jape – Floating

Ever notice American audiences are so annoyingly fucking ignorant at concerts and talk through songs?

Congrats to Adam for his work on Bebo Nation. The Max Bebo can make from selling the 10×10 pixel slots is €25k so I assume there’ll be more island a la Second Life.

Richard Delevan is no longer Business Editor of the Sunday Tribune after being fired this morning. Rumours were going around today that staff in le Trib were told he was kicked out. Allegedly he was told sling his er hook over an an article he wrote about an auctioneer who couldn’t sell his own gaff. It’s all the fault of A Randow Walk. 🙂 (The post I linked to is gone now. Ooops) Also mentioned on Property Pin. (Being clear, I’m not actually blaming A Random Walk or Property Pin, I was being sarcy.)

Of course I’m biased on this. Richard gave me a job in the Tribune in January this year doing what I do on this blog, writing about things that interest me. I’ve never enjoyed myself more. Easiest person I’ve ever worked for and he’s encouraged me so much and helped me improve how I write about things. It’s a shame I won’t be working with him as much because everytime we chat I’m more enthusiastic than ever about technology. At least he can go back to writing his blog and book.

Heard this cover sung by Tori on Phantom yesterday evening:

This is the original from Joe Jackson, the vid is cringeworthy: