So many people are saying that this whole Facebook “friends” thing is diluting the whole genuine friends thing, since really we’re just adding contacts some of whom are friends and many of which we will never communicate with again, kind of familiar strangers, which kind of goes against the idea of Facebook being a social platform, does it not? I now have about 400 “friends” on Facebook and so I decided if I could maintain regular and social contact with these people. Tara Hunt by the way has a great post on how “friends” and “contacts” are handled by different social networks. As I was writing this post, TechCrunch announced that Facebook is going to redo the way “friends” are ranked. Good. 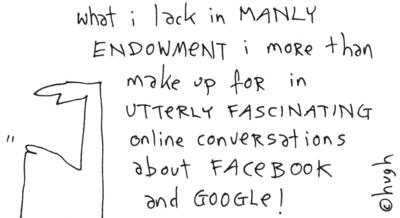 Each day I tackled one letter in the alphabet and messaged those surnames, asking how they are and trying to be chatty. Trying to be original is tough let me tell you. I must say I was impressed with the feedback I got and some people were very forthcoming about what they were up to and I learned a lot about some people I didn’t know much about to start with. The response rate was higher than I thought too and during the day (office hours!) replies were almost instant.

It’s still early days but I would hope that I can maintain regular contact with some of those who started as familiar strangers. Facebook is still an odd mix but I am finding some interesting people on it, I’m even getting press releases on it and learning more about my own friends by the way they interact with others on this platform. I have also found though that it is very hard to constantly reply to messages and some were coming in thick and fast via the system and unlike GMail, it is much harder to go back through the inbox when you get a lot of messages and check if you messaged person Y back or not. A search feature would be nicer and a longer inbox. For some reason too I lost messages during an upgrade which was annoying.

What has surprised me a lot too has been the status updates. I’ve gotten some unexpected feedback from just writing things in my status messages. This might prove better than sending people messages. Broadcast requests are one use of the status update and they work. You do get a nice enough uptake and it is not seen as spam compared to messaging everyone in Facebook and not being able to BCC them so someone replies all and spams everyone else.

Anyway, I’ll keep going with what I’m doing. Might be interesting stats collected for the Facebook debate on October 17th in London, of which I am a panelist.

This entry was posted on Monday, October 1st, 2007 at 12:30 pm and is filed under blogs, Facebook, irishblogs. You can follow any responses to this entry through the RSS 2.0 feed. Both comments and pings are currently closed.