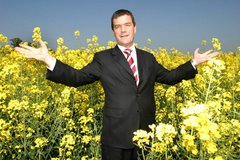 Ordered a new domain for myself. www.propagandi.st. I think I’ll make it a directory of PR companies in Ireland. Whatdyathink? 🙂

30 photo prints for just 99 cents. You could just print off 30 copies of you and the Taoiseach. Or other political photos.

Via Burkie, it seems that a clever Galway taxi company has a Bebo profile and is getting a great amount of business from it. Listen and learn folks.

Via Josh Spear: Free invites to I’m In Like With You.

It seems online campaigning does work, according to Eric Byrne.

After years being idle. RateMyTD.com is live!

Via James is this IrishTourism video. I think this is ripe for remixing into something more fun. Any takers?

Posted in blogs, irishblogs | Comments Off on Fluffy Links – May 11th 2007

Most recent searches on Mulley.net