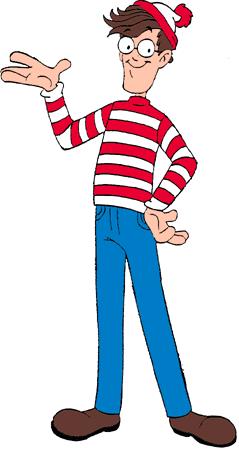 ALTO is the Alternative Telcos lobby group for Ireland. It represents many of the telcos who are not eircom or the mobile companies. The 2006 year in telecoms seemed to be quite bad for the ALTO members especially Smart telecom. Smart almost went bust and to stop total bust they cut off all their voice-customers after owing eircom and many others a significant amount of money. Most of those in the telecoms area knew well that Smart were on death’s door for a long while and so it was like a private slow-motion car crash. As a result of the Smart fallout and the total lack of concern about their voice customers, many who had a little faith in non-eircom telcos had their faith shook even more.

It was also bad for any new entrants to the market. Would consumers trust them and as importantly, would investors part with cash for them? The reasons for the Smart demise might be covered in another long telecoms rant but blame should be given to a very arrogant and short-sighted Smart telecom, an incompetent regulator and an aggressive eircom.

So, to get to the point. What were ALTO doing for the year? IrelandOffline released 16 press releases, which wasn’t a lot for us in fairness, it was 22 the year before. This is ALTO’s news section. Not much there. Anyone hear anyone from ALTO on the radio this year? See them in the papers? Few and far between. I think IrelandOffline averaged at least one media appearance a week without really trying. I think I personally did about 20-30 radio interviews this year too. As a fee collecting and money generating lobby group, the public profile of ALTO was terrible in 2006.

Now, the public profile is one small part and I know that ALTO are working very hard in the background on behalf of industry but to get the media and the public behind you and with it political pressure, it is my view that you need to engage the public. It’s a bit bloody much when it is me giving out the contact details for ALTO to journalists because they’re all but forgotten. “Oh are they still around?” one journo said to me! Now I don’t know the exact remit of ALTO and maybe 99% of the time they are meant to be working on the tedious negotiations between ComReg and industry so maybe they are not meant to be engaging the public but there does seem to be a need for an industry group to be in the public view too.

I could be wrong too but they seem like they are the excuse the bottom feeders I mentioned yesterday are using for inaction. “Sure ALTO should be doing that”. How about doing it yourselves and ALTO also doing it.

Here’s a very good example about the lack of ALTO presence and pressure: Each month ComReg, the telecoms poodle release a half-arsed report about Local Loop Unbundling and each month it is later and later in the month before it is released. Generally the report talks about the great progress of the LLU negotiations, which for those that read my telecoms rants know, ComReg are not to be trusted for reports or statements which say everything is fine. BT walked from the LLU talks earlier in the year and ComReg got a little irked. (It is also known that Minister Dempsey went apeshit over what BT did and gave out stink that they went public on it. There’s concern for the consumers, eh Minister? )

Anyways, after the walk-out, things started moving again and everyone went back to the tables and progress reports started to be released. Each month a report with the surrounding spin is sent out and each month there is silence from ALTO. I think the only ones to publicly comment have been Magnet. This months report is one of the most damning, not that the public would know about it. We press released about it but nobody else did. Should a consumer lobby group really be caring about a wholesale technology?

The report says that 50% of all LLU orders sent to eircom are being rejected by them for various reasons, that they will NOT create an automated ordering system for LLU meaning no mass migrations of userbases from bitstream to generally cheaper and faster LLU products. (This is what TalkTalk in the UK did) and eircom also said if they do decide that there is a need for an automated ordering system it will take them 12 months to create it.

Effectively it means that LLU has been stalled for yet another year at the very least. So where’s the industry reaction? Where’s ALTO? Shouldn’t the public have a right to know that 2007 is another year of them being told they can’t get decent choice in broadband? I guess the industry is far too comfortable with what they’re doing.

So I think I’ll offer a reward. Anyone that spots ALTO will win a prize. Come on and do your job ALTO, it’d be nice to not be the sole voice out there. Right now it seems IrelandOffline are filling a vacuum that was left by someone.

This entry was posted on Wednesday, December 27th, 2006 at 2:26 pm and is filed under blogs, irishblogs. You can follow any responses to this entry through the RSS 2.0 feed. Both comments and pings are currently closed.