The amount of spam over the past three days hitting the comments is really starting to annoy me. I think I need a better anti-spam plugins.

EDIT: I think in total yesterday I got about 1000 spams on my blog. The spam software picked up most but I still had to manutally kill off a few 100.

IT@Cork to do tutorials on blogging and podcasting and wikis

IT@Cork are considering doing tutorials on blogs, podcasts and wikis. Great idea. I wonder is there a way of doing screencasts of these?

Enda Kenny pisstake posters. Some are even funny.

Via BoingBoing – Get your own customised jacks roll. Anyone’s face you want to wipe your ass with? The possibilities…

India decides to do something about the rural/urban digital divide. Villages who don’t even have reliable electricity are going to get kitted out with broadband. Are we listening DCMNR?

Executive summary. (PDF doc). Funny thing is I couldn’t find their website SmallBusinessForum.ie with a Google search. That url in fact redirects to a section on Forfas.ie

Some of the recommendations include raising the standard of management capability through the establishment of a Management Development Council, providing knowledge acquisitions grants, making innovation vouchers available to small business and developing a national entrepreneurship policy. They also gripe about broadband!

In an older post I was asking about angel investment in Ireland. Today’s report seems to address this although I have not read all the small print:

Further develop networks of Business Angels in order to encourage investment by private individuals in seed and earlystage businesses. (pg5 of Exec Summary.)

Slate unveils textcasting. Newspapers for your iPod which you can get via iTunes. How long before Irish publications start textcasting? Never is a credible answer I bet.

Speaking of iTunes – share your iTunes over the Internet.

Guide on how to start blogging.

Posted in blogs, irishblogs | Comments Off on May 16th tidbits

Richard’s “Are you a yanky republican? “test

Answering Richard’s quiz. I don’t know what my score is.

2. Should we worry about absolute poverty rather than relative poverty?

Both. I don’t think this is a black or white issue and couldn’t be broken down into one or the other.

3. Do we need to scrap the state-run TV station?

I think we need a way of preserving our culture and I don’t think a commericial entity will be into that. I like the BBC model to a degree. RTE TV is mostly an abomination. RTE Radio 1 is good though. Merge the cultural bits of RTE1 and TG4 and dump the rest. I’m not seeing a valid reason for my taxmoney being used to buy Lost and Prison Break.

4. Was it a mistake to rule out nuclear power?

Saving the environment by burning turf is just as bad as pissing about with radioactive isotopes. I’m not for nuclear though.

5. Is the Irish military underfunded?

It’s shit. I don’t think it being better funded will make it better. Wait til people read about the Army’s own version of PPARS. That’s going to be fun. The Army is a Civil service built and designed to “think stupid” and waste money. Unless it becomes efficient I don’t see a reason to throw more money at it.

6. Is gay marriage a bridge too far?

7. Has the partnership model become a problem?

Following from Dave’s lead I take it as the public/private partnership? See my comments below about unions. To answer the Q though, yes.

8. Are fees the solution to underfunding in universities?

No, blowing too much money on utter bollox is a problem. Address it. I would like to see colleges be run like businesses but allowing money to be spent on loss-making sections such as research divisions. At the same time I think that some universities are going all commercial and creating too many “buy a degree” options.

10. Has the peace process failed to hold Sinn Fein to full democratic standards?

Pot calling the kettle black really. They’re all guilty, on all sides. I’ll delight in Sinn Féin romping home in a lot of the poorer areas of Ireland where Fianna FÃ¡il and Fine Gael wouldn’t dirty their Italian leather shoes in. I can see how much interactivity SF has with the communities in Mahon where they only see FG and FF people 3 weeks before a general election.

11. Is religion and the Catholic Church in particular a force for good?

Religion and Christianity is good to a degree. Christianity is a good way of teaching a good way to live life. The Catholic church has been a malevolent force in Ireland and has done a great deal of harm and no matter what good they’ve done before and will do after, the group that models itself on purity has a black mark over it and instead of repenting for things like raping kids it instead became more corrupt by covering it up. Catholicism needs to seriously reexamine itself.

12. Do we critise America too much?

13. Are private health accounts with support for low earners the solution to the health system?

As someone who worked in the health system I’d say no. Fire them all and get in new people. Consultants, Nurses, “Managers” all need replacing at this stage. There are now “managers” on stupid money who’s job it is to assign people beds. A software program can sort this besides three women on 55k a year to tell A+E that they can send a patient to ward 3B because a bed is free there. An A+E with 10 beds and 20 nurses tripping over each other and then one porter to move all those patients to and from x-ray and up to the wards and also to deliver bloods to the labs is the typical way the system is run. Total cronyism, total corruption. I don’t see why tax money should be spent on this wastage but I’m fine if there was no waste. Funding low earners to get private care in such a corrupt system isn’t going to fix much.

14. Would we be better off if the unions were less powerful?

This is an odd one for me. The unions that exist now are a corrupt force full of self-serving backstabbing nasty lazy pricks. Unions are needed as I see companies still trying to screw people over and sometimes unions are the only way to solve this but whenever I’ve had dealings with unions they’ve been Uncle Toms. Someone to watch over someones labour rights is what is needed and most unions don’t do that these days. I saw it myself in an old job where the union signed up the new lads in the company and then screwed them over by getting the new guys to do all the work that management dumped on them.

15. Is Michael O’Leary an example of a good businessman?

About the only businessman that stands up to the Irish Government. He’s an egomaniac and a fantastic PR machine.

16. Should we be wary of supporting a more powerful EU?

The EU is needed and is very beneficial but holy christ is it bureaucratic and slow. The EU has dragged Ireland screaming into the modern world in some areas but as time goes by it is slowing down and choking on it’s own fatty jowls.

17. Should we trust the actions only, and not the words, of the IRA and Sinn Fein?

And should we do the same for every other poltical party and President?

18. Was the Aer Lingus partial privitization insufficient and overdue?

19. Do we need the death penalty for the worst crimes?

20. Should the overall tax take fall by a third or more?

It’d be nice wouldn’t it?

Prep for the concert on Sunday. Sound is out of synch. 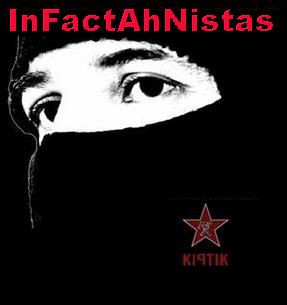