Lunch – You can hate me now. Or moreso. 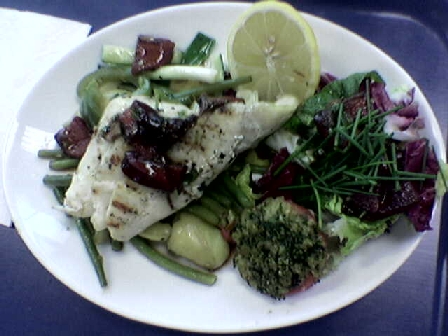 Test your trivia knowledge with Blufr. A new site from Answers.com Handy resource for pub quizes.

more than 70% of adult Milwaukeeans reported that they had had at least one alcoholic drink within the past 30 days–the highest percentage on our list. Twenty-two percent of Milwaukee respondents confessed to binge drinking, or having five or more drinks on one occasion–also the highest on our list.

They’d best not come to Ireland then. Which Irish cities are the drunkest? Where could one get these facts? CSO? JNLR?

Create ipod readable documents with this site. Could prove very useful as a way of storing todo lists or even reading mobile version of websites.

iScorch – save your lighters. No need to bring lighters to a concert with this. Now bring your iPod and have a flame flickering on the screen. Will they do what that TV station in the states did and have a video of a fire lighting too?

A nice PR person sent me this link to the Bad Pitch Blog where PR people point out what not to do as well as what to do as a PR person. The 10 tips on how to work with journalists is quite useful for anyone that wants to pitch stories to the press and doesn’t know how. Equally valid for not PR people.

God does play dice with the universe. You just can’t see the dice because they’re so small.

Kevin Burton points out that there is now an app you can use as a lie detector for skype calls. Brilliant. Tom should use this for his podleader interviews. 🙂

One lucky helicopter pilot and passenger. Newschopper gets into difficulty and crashes in a dense residential area. Note to the UPS helicopter pilot who flew very close to my office yesterday: It’s not very bright to have your helicopter fly within ten feet of overhead powerlines. Cop the fuck on, you’re not in Airwolf.

Julian is considering inviting bloggers to a wine tasting event. Now I’m sure it’s not a chance to get locked but it’s good to see companies consider bloggers. Now if there were only an ice cream tasting event… or smoked salmon and eel … or ducati road testing events…

Post title is inspired by a line from Def Leppard – Let’s get rocked. Hairspray and big hair is optional for this Bubble Brothers event I should think.

This is what I’m talking about. Via Loic is news that Nicolas Sarkozy’s right wing party UMP is giving away Tyepad blogs to all members for a year and they will also provide training on how to blog. They also have an initiative for podcasting. Very clever.

The only Irish political party that seems to have a HQ approved blogging programme is Labour. (Who must really love my tough love attitude towards them. No coloured garments will be mentioned in this post.) Still, it seems to be in beta at the moment and it’s mostly councillors that are blogging but thank goodness they are genuine in their messages. There are a few other politicians from other parties who blog but I don’t think it is due to encouragement from the core. I have to say well done to them for their fresh thinking and reaching out to web users. Wouldn’t it be nice if a political party encouraged their members to blog by providing blog space?

It would be great of some blogging company had an Irish representative who’d set up the blogs for all these members. Or set up special blogs for this party so that the template would have links back to the party blogs on the sidebar. Anyone know of such a person? 🙂 Once the blogs are set up then it’s a matter of training. There are a few people training people to blog around the country. Why not have classes in various catchment areas. Hell, I’m happy to provide training to people in the Cork area if the party provides a space to do it.

What’s the selling point? Well, with all your members blogging it means the web is going to be awash with political opinion guided by your ideals. Because they’re blogs and they all have their own unique audiences it will have wider reach into a non-poltics obsessed audience. The key I guess is not to force all members to just discuss party issues. Blogs will encourage all members to share their opinion and put their thoughts down into written form, allowing them, in a sense, to polish up their own beliefs. It can also be a great way of fact-checking the opposition and guiding new party policies.

How far away are we in Ireland to see this happening or will it ever happen? Maybe it’ll be superceded by something else?

Copy a bit of html and listen to music from any site with this Google mp3 player. I got the below mp3 from Nialler’s review of a band called Annuals. Deffo remind me of Arcade Fire. That’s a good thing despite the saturation of cool people liking them.

The song is called Brother and it’s by Annuals

Hey y’all. What’s the story with Barcamp Ireland? T minus 1 month and counting.

Claire is involved with BlogDay which is on August 31st. Claire suggests:

On the 31st do a post linking to 5 new blogs with a little introduction to each one. Then leave a comment on those 5 blogs letting the authors know that you have recommended them.

I was thinking though that the Linux Geeks have their Linux install fests, I wonder could there be a Blog Migration Day? I’ve encouraged a few bloggers to get blog hosting packages with hosting companies before but I was wondering would people be interested in a day devoted to moving blogs over from blogger or blogspot to their own domain names and maybe using wordpress to blog? Buy the packages and then get training on one day. Maybe Tom could provide the training?

Now if there was only some hosting company that had some special offer of giving free training as well a doing the actual move over to the new platform as part of a blog hosting package. Naturally to make it worthwhile there’d have to be a min of 20 people signing up for an offer like that so it’d be up to the bloggers themselves to drum up business.

I’m looking for stories of people who switched to VoIP once they had broadband installed. Either getting a new number or transferring over their old landline number. Not looking for those that use Skype. Are there people out there who have done this?

I was very recently given an invite to a social networking site/app based around your musical tastes. It’s called uPlayMe. The install was easy enough, it feels like a java app but it’s actually using the Net 1.1 framework on Windows. No Tom, no Mac version yet but they tell me Mac support is on the way. It’s currently in Alpha. It installed quite quickly, asked a tiny amount of information like age, gender, email and password and that was it.

It scanned just ten songs from my recently played list in iTunes but you can set it for way more. No Winamp support yet but there is support for Windows Media Player. I’ll play around with it more and add more songs and hopefully more people will come along.

uPlayMe was founded by Dan Pelson and Bo Peabody, both of who have been around the Internet block a few times. Amongst other ventures, Dan founded Bolt.com in 1997, one of the social networks around. Bolt is still going. But he’s been a net entrpreneur since 1993. Bo founded Tripod way back in 1992, which he sold to Lycos for $58 million. He’s currently a co-founder and managing general partner of Village Ventures, a fund with more than $250 million under management.

Dan was kind enough to answer some of my questions:

DM: Is there going to be Winamp support?

Yes, Winamp will be available at a future date. The goal is to have every media player and device supported either by us directly or through the APIs. Right now, we offer support for iTunes, but soon we will offer support for Windows Media Player, among others. We will also offer a MAC OS version. The Windows Media Player and Mac OS versions will be available within a month or so

DM(channeling Marc Canter): Will there be open APIs for this?

Yes, the application has been designed to be very modular and offer ease-of-integration with third party applications, whether theyâ€™re proprietary video players, wireless (mobile) devices, etc. Our goal is to make it simple for any platform (or website, for that matter) to have their media assets integrated into a uPlayMe profile.

DM: So how will uPlayMe make money?

Right now, uPlayMe is dedicated to building a great product and increasing our user base. Revenue will be driven by standard sponsorships, text-based ads and a bidding system that allows marketers to associate their ads with songs, artists, and genres. In addition, we will offer a promotional system (â€œFaux-filesâ€?) that will allow artists and media companies to generate attention for their media assets by associating with other songs, videos and more.

uPlayMe is still just a wee baby but hopefully it’ll grow and gain more features as the userbase grows. Download it yourself and try it out. Pity there isn’t a blog for the development team so feedback can be given. Til then leave feedback on your own blog. Thanks to Alan for letting me know about this.