Creative Commons in Ireland – Not just the EFF that’s needed

Hope this starts an interesting discussion on the IrishBlogs sphere.

“The BBC Creative Archive – http://creativearchive.bbc.co.uk/ was recently launched which hands over some content to the public to play with.

How can RTE be convinced to do the same ? Can anyone outline any legal restrictions stopping them from doing it ? Assuming it’s only home produced content they’d release. ”

To add to what I posted, here is the Slashdot Commentary on Creative Archive Launch. Channel 4 and the Open University have also joined this initiative.

Coupled with this, the BBC today announced more podcasts are being made available. It’s pretty damned cool if RTE made podcasts available and not crappy RealMedia files that I have to stream off a computer to listen to. Sure, there are workarounds to download the stream, convert it to mp3 and then listen to it, but it’s cumbersome and it’s not endorsed by RTE. Morning Ireland is still the best show around with quality journalists and for those that sleep in late it’s a shame to miss it.

RTE are being slightly progressive I guess. They have the streaming media on the site, pity it’s realmedia. Give us OGG Vorbis for audio ! RTE also have XML feeds for their news section, they don’t advertise this on their site though, which is a shame.

So, what would be some bold steps from RTE ?

1. Podcasting, with podcasts wrapped in XML feeds
2. Online audio and video archive available for download, and using BitTorrent to solve bandwidth issues ? They should include free tools to allow people to remix the content.
3. RSS Feeds for all online content as well as allowing people to comment on online stories.

I finally chime in about that Pope stuff.

Posted in Uncategorized | Comments Off on I finally chime in about that Pope stuff.

IrishBlogs just got a major boost today as Planet of the Blogs has incorporated the feeds from the Boards.ie journals into its service. That’s 194 Irish feeds and growing. John Breslin is doing sterling work on this and his inclusive attitude will see this grow much larger.

I posted a comment on his site which I reproduced below in regards to stats and monitoring of the blogs. Hopefully other developers in the BoggerSphere will chime in and come up with a solution:

“So, for phase II of PoTB ruling the BoggerSphere, how about sticking up some kind of tracker for the blogs so we can measure total traffic to all the blogs and then create a chart of the top blogs. Something like this.

Actually, one of those simple sitemeters wouldn’t do, would it ? Not if half your traffic comes from an rss feed. You’d need more intelligent tracking software besides an image thingy on the front page. ”

Posted in Uncategorized | Comments Off on IrishBlogs – Way more voices

Some clips are kinda odd but there is a fantastic dance sequence too, which is well worth watching.

Big heads up on this from MetaFilter.

Posted in Uncategorized | Comments Off on David LaChapelle – Rize, Red Piano and BK

Bernie has been talking about Irish Blogs being censored and I’ve just seen a news report that Americans overwhelmingly support strong censorship for blogs. I picked this up via Slashdot and it is very worthwhile reading. The question asked guaranteed people would favour “censorship”: “[do you] believe that bloggers should be allowed to publish home addresses and other personal information about private citizens?”

Kinda rigged in my opinion. Not sure who is putting the spin on it though, those that did the poll or those in ZDNet.

Posted in Uncategorized | Comments Off on Blog Blocking

Google Video Upload Program has gone live and you can now submit your video to the numero uno search company.

From the Google Video FAQ : “We’re still in the first phase of the upload program. Once we approve your video submission and enter the next phase, we’ll send you an email (to the email address you provide) to let you know that we’re ready to add your content to Google Video. Users will then be able to search, preview, purchase, and play your video. ”

So, I guess future search results may include “Would you like to watch a video about ‘Brain Freeze’. Here is a preview, you will need to pay €4 to watch the rest. What interests me more here is how they are going to collect money from people. Who is going to be their preferred payment company ? As far as I know they will be their first time collecting money from people. Generally any service they’ve bought in becomes a free service. This is different.

Actually with AdWords and AdSense they already make payments to people I guess. I wonder what their cut on the sale of videos will be ?

[Update] Here’s a screenshot courtesy of Inside Google:

[Update 2]
Could Google be the one to make micropayments work ? 15 cents per play will make you nothing but if you have Google driving everyone to your video then it could very well bring in the cash for you. 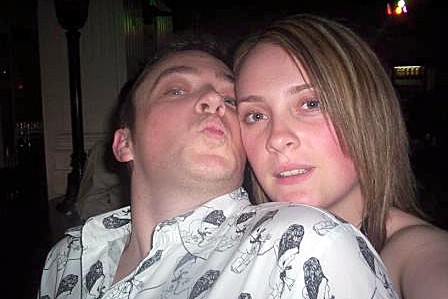