Fund It – Self funding for the arts, lessons learned (Part 3)

This is the third interview with people who have run Fund It campaigns. Fiona Kearney ran the Mixtapes Fund It. Previous interviews: Philly McMahon, Ebby Brett. 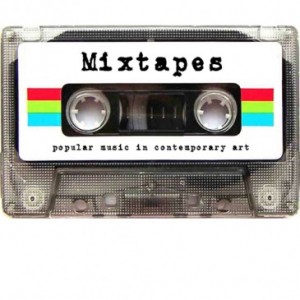 You’ve used Fund It for Mixtapes, why use the Fund It route?

1. Curiosity about trying a new way of fundraising (was aware of Kickstarter in US)
2. opportunity to reach new audiences
3. Create ownership of project among a large set of investors

What would Fund It allow you to do that you couldn’t do previously?

Is there much work involved in running a Fund It drive?

Treated it as part of our social media conversation so kept it informal and hopefully informative. Didn’t overload the updates as I got a bit frustrated with overly keen fundraisers constantly in my inbox.

Had fantastic advice from FundIt administrators on how to pitch campaign – they helped us to make it more punchy and appealing to general audience.

Had investors lined up from family and friends at start of campaign to ensure initial investment. Sought support from board throughout. That was pretty much the plan.

Our project was a genuine make or break. No funding, no book. Not sure if that is case for all the FundIt projects – some seem to seek funding for things that would happen anyway. I think the new creative projects are more compelling.

I’ve been really pleased to see projects I’ve funded succeed and particularly appreciate those that follow up with rewards well. I think it is a great way to give people a taste of the delights of philanthropic giving and the possibility of creating an impact with quite modest sums.

This entry was posted on Tuesday, November 22nd, 2011 at 9:09 am and is filed under business, irishblogs, The Arts. You can follow any responses to this entry through the RSS 2.0 feed. Both comments and pings are currently closed.